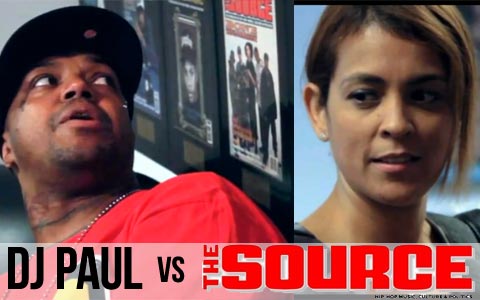 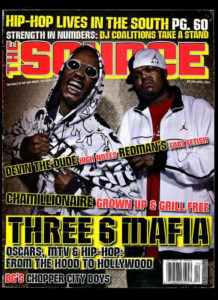 According to Kim Osorio, in a video interview with DJ Paul, the perfect time for Three 6 Mafia to have gotten a cover on The Source magazine would have been — at the time of the Oscars.

During their conversation, DJ Paul told Osorio that Three 6 had history before the Oscars.

Osorio went into details with DJ Paul that 10 years ago when she was first there, she got a lot of questions on what their position was on southern rap.

“… because we were based in New York and a lot of times we just didn’t give as much on the cover… and if you look at the covers from way back, it may feel unbalanced …,” stated Kim Osorio.

After Kim Osorio told him what the situation was, DJ Paul asked Osorio did The Source only have southern artists on the cover now.

“After 2007, now we like dang we ain’t got no New York rappers on the cover,” replied Osorio.

Watch DJ Paul vs. The Source talking on Three 6 Mafia and southern artists receiving covers on the magazine, past and present.

In related news, DJ Paul, who has been releasing new singles and videos, as covered on MemphisRap.com, is scheduled to release his new album and DVD “A Person Of Interest” on October 22, 2012.