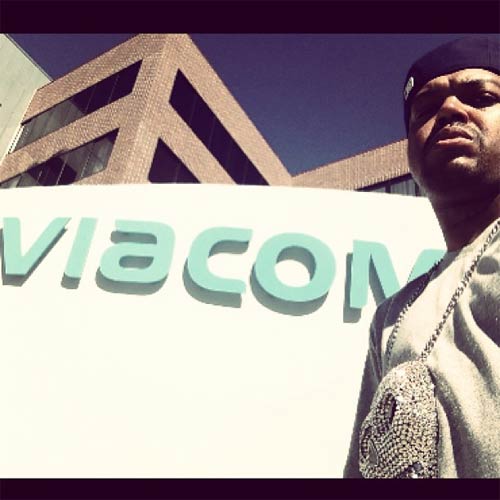 Hip-Hop producer and rapper DJ Paul will be bringing you more than raps and BBQ rub and sauce. The one-half of Three 6 Mafia may be hitting the TV screen real soon in a new reality television show which will be co-produced by DJ Paul and Ryan Seacrest.

Although the details are still a little sketchy right now, the hip hop music artist and businessman thought he would put everyone on the edge of their seats by posting up a picture via Instagram showing the Viacom building sign behind him.

The picture included the caption:

At Viacom,home of MTV,CMT,Spike Tv etc doin da meeting for my new reality show produced by me & @RyanSeacrest

In other news, DJ Paul has been working hard on all his ventures including a new collaboration project with rap artist Yelawolf, a partial Three 6 Mafia reunion and more.