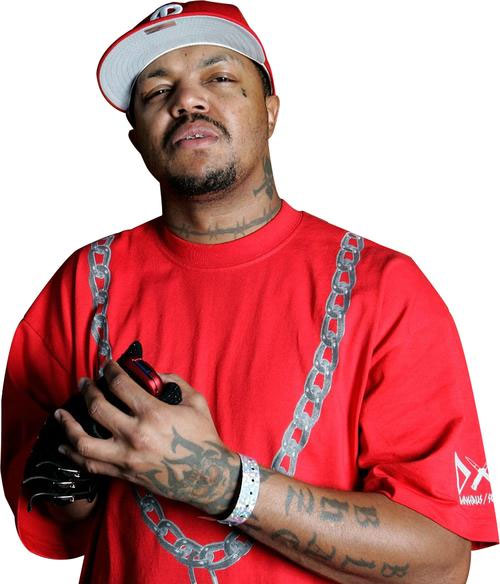 Award winning music producer, rapper, TV personality and entrepreneur DJ Paul of Three 6 Mafia recently had a run in with the numbers 666 on this past Monday on Twitter.

The rapper hit the 66,666 mark on Twitter. How significant is that? Well he’s Three 6, formally Triple Six.

Three 6 Mafia, whose other names consist of Triple Six Mafia (Triple 6 Mafia) or 6-6-6 Mafia, for years have been criticized for allegedly praising Satan in lyrics and associating themselves with the Beast by using the numbers 666. However, if one was to dig deep enough for the meaning behind the name and numbers it could definitely have a different meaning but that’s another story.

Meanwhile, the Memphis rapper (in promotion of his new solo and Three 6 Mafia songs, music projects, infamous DJ Paul’s BBQ Rub and Dangerus Skandulus clothing line) has been diligently interacting with fans on his social profiles such as his Twitter and even streaming new videos.

Recently, the rapper released a video on how to cook DJ Paul’s tasty seared catfish and jalapeño buffalo chicken. (Check out the videos below)