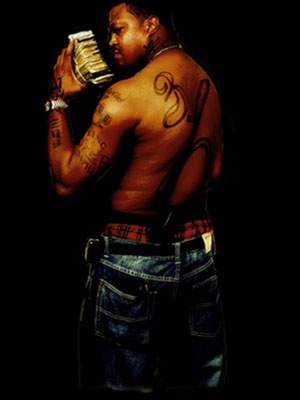 “He helped build Three 6 Mafia, and create Three 6 Mafia… Lord was just going through some thangs, and he had to get that together. He got it together now.. we finna be back in the lab working,” Paul added.

As previously reported in an article about Lord Infamous, the rapper and co-founder of Three 6 Mafia, spoke in an interview with MemphisRap.com about it as well. Though many fans and media were questioning the loyalty of the rapper and his connection to the group Three 6 Mafia and his brother, Lord actually mentioned himself back in November of 2008 that, “Paul still my brother and there is some more with me & Three 6 Mafia.”

Now that DJ Paul has confirmed it as well, there should be no more doubts. So the rapper moved on to talking about his upcoming solo project, album Scale-A-Ton, which is Paul’s latest solo album since dropping “Underground Vol. 16: For Da Summa” back in 2002.

Paul confirmed a previous report that Hypnotize Camp Posse’s own DJ Black would be working the dragged and chopped version of the album “Scale-A-Ton” and goes into what type of music will be on the album which according to Paul will be mainly, “Sex, Money, Murder and Drugs.”

“As far as the album, it’s scary music on there. All gangster sh-t, the album is mainly ‘sex, money, murder and drugs’..,” stated Paul. “That’s all the f-ck I know.. to talk about anyway,” he added.

Previous to mentioning Lord Infamous, and the album, Paul also put a ‘roll call’ out to his fans to holla at him to ‘get a drank’ with him when he comes to their town but he first wants the fans to tell him where he should come.

Paul then ended with confirmation that his new album is coming May 5, 2009, also as previously reported.

The first single off of DJ Paul’s album “Scale-A-Ton” is entitled Jus Like Dat???.