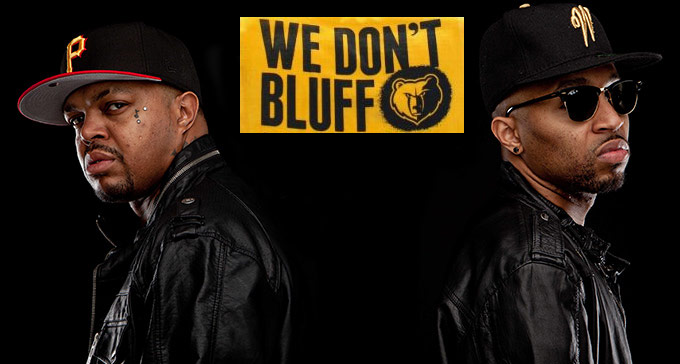 The Memphis Grizzlies are in the 2013 NBA Playoffs Western Conference semi-finals and Memphis rappers are stepping up proudly supporting the home team including rappers and producers, DJ Paul and Drumma Boy.

The two well established music producers have come together in collaboration on a tribute song to the Memphis Grizzlies entitled “We Don’t Bluff.”

DJ Paul and Drumma Boy’s “We Don’t Bluff” song will be featured on their upcoming mixtape collaboration titled “Clash Of Da Titans” which is slated for release in July.

Currently, the Memphis Grizzlies are taking on the San Antonio Spurs after defeating the Oklahoma City Thunder.