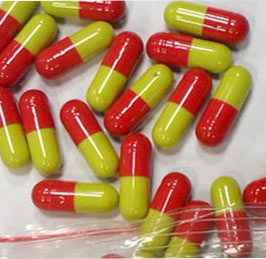 An investigation has been sparked in China after thousands of pills containing powdered flesh of human babies capsuled were discovered by customs in South Korea.

The pills are stated to have some type of medicinal cure and are reportedly in high demand. Allegedly, medical staff were tipping off medical companies when babies were aborted and when still-borns were being delivered.

Reportedly, the process of how the powdery human baby flesh is made is by chopping up the body into small pieces and drying the flesh out in stoves (drying microwaves). The dried flesh is then turned into powder, according to Korea Customs Service. Before being capsuled, the dried fetus flesh is mixed with a number of herbs to disguise the ingredients.

Meanwhile, customs have not revealed the identity or identities of the ones making the capsules or where the babies are being ported from, but fingers are being pointed at hospitals and abortion clinics.

According to sources, this problem was reported on last year and since August, there have been more than 17,000 pills discovered disguised as stamina boosters.

A hand full of smugglers have already been detained by Korean authorities, however the claim of the smugglers is that they weren’t aware what the pills ingredients were and/or about the manufacturing.

Korea hopes to crackdown on the distribution of the pill and cites that it has dangerous bacteria and side effects.

China is stated to have as high as 13 million abortions a year.
Mothers give up their newborn and many are left in dying-rooms due to the one child limit law in certain country areas.
Mothers who live in a one-child limit area are punished by receiving a beating from authorities or must pay a severe fine
Laws bar women from marriage until they are 20 (Fox News)
Having children out of wedlock is stronger than having an abortion
Fetuses not buried are discarded as medical waste, as they are in the United States and other countries (Fox News)
1983 – China sterilized 21 million people
1983 – Over 17 million women received intrauterine devices 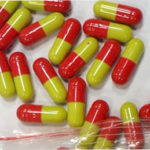