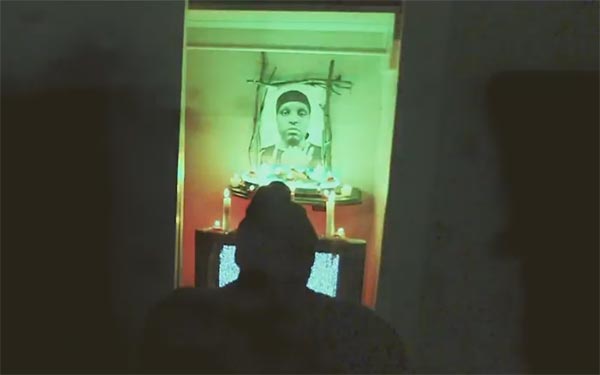 Da Mafia 6ix is paying tribute to the late Lord Infamous of Three 6 Mafia in a new video for the song Beacon N Blender.

“Beacon N Blender” is the latest single off of 6ix Commandments mixtape by Da Mafia 6ix.

In the video for the new single, Da Mafia 6ix, which includes DJ Paul, Koopsta Knicca, Crunchy Black and Gangsta Boo, displays a shrine of the late Lord Infamous, who passed away a few months ago of a heart attack, as covered on MemphisRap.com.

The tribute to Lord Infamous in the new video is just one of many tributes paying homage to the late rapper and co-founder of Three 6 Mafia, who co-founder DJ Paul credits here as being instrumental in bringing the original members of Three 6 Mafia back together as Da Mafia 6ix.

Check out the new “Beacon N Blender” video by Da Mafia 6ix featuring a shrine of the late Lord Infamous.