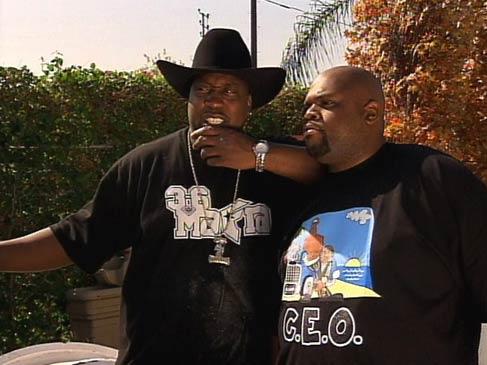 Computer from Three 6 Mafia’s Adventures in Hollyhood is preparing to release his first album by releasing  his first single and video  “Big Cars Big Stars” produced by his cuz DJ SLIMM, of Tupelo MS. He has been working on his latest project with Dantana Vegas from LA and plans to have Jr Da sleepa of Tupelo, MS do most of the production.  D.J. Paul and  Juicy J. “Da Super Producers” will be providing inspiration and guidance on the project as well.

“Computer” hooked up with DJ Paul and Juicy J in Memphis, Tennessee when they first started looking to promote their very first album out of the trunks of their cars. Computer may not look the part, but fashions himself as quite the computer techie. But as DJ Paul says “he know as much about computers as I knows about the space shuttle.”

Check out his latest video project, watch the video below:

Also here is an interesting Bio of the upcoming artist!

Nakita Moore known by his primary stage name Computer, or by his alter ego Rock-n-roll Cowboy Born and raised in Tupelo, MS. This true American Cowboy is hard to miss. From the sidelines of the Dallas Cowboys game to the red carpet at the Oscars, you will hard pressed to meet someone in the entertainment or sports industry that doesn’t
know this guy. He was brought to spotlight by the Academy Award winning rap group Three 6 Mafia when he teamed up with them over 10 years ago and received the nickname Computer. An Artist, a Comedian, and a musician, with the swagga of a hustler. After starring on Three 6 Mafia’s MTV Reality show Adventures in Hollyhood, Computer has been traveling the world nonstop. If it’s happening, he will be there. Whether it be the NBA Finals or the birthday party for the prince of Saudi Arabia, he will be there!