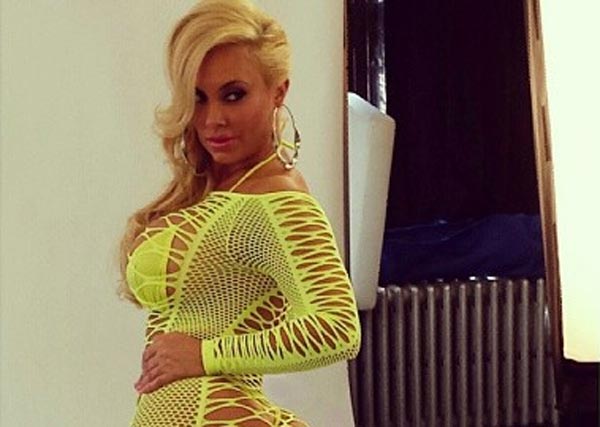 Nicole ‘CoCo’ Austin has revealed that her booty has gotten bigger than the voluptuous model had to begin with.

CoCo has contributed her new bigger booty to her workout routine which she claims has enhanced her posterior.

The 35 year-old model and wife of rapper and actor Ice T. shared the news with her Twitter followers, who instantly requested she prove it with a picture.

If you know CoCo, you know she was glad to oblige.

CoCo shared a sexy picture wearing a barely-there fishnet babydoll dress showing what her bodybuilding techniques have done for her body.

The hip hop model and reality TV star claims that her hips were a 40 but now are a 42 in the caption she shared along with the photo with the hashtag #BootyPower.