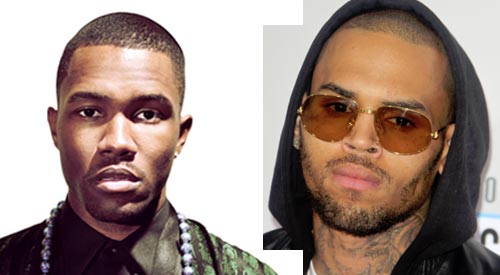 There’s a lot hearsay surrounding the Chris Brown and Frank Ocean alleged brawl which happened outside of a L.A. recording studio where the Pop singer was there working on his album. What really happened?

Reportedly, the altercation happened as Chris Brown was leaving Westlake Studio where he was approached by Frank Ocean and his crew about a parking space. According to reports, what fueled the entire incident was Frank Ocean allegedly calling Rihanna a wh-re, amongst other things. Frank was allegedly telling Chris Brown that Westlake was his studio and Frank claimed that Chris Brown was in his parking spot.

Everything is stated to have went haywire from there and the police were called to the scene after it was reported six men were fighting outside of the studio.

Chris Brown, who caught a bad rap from his 2009 incident with Rihanna which led to him being on probation, decided to leave the scene as Frank Ocean and his entourage stayed around.

Los Angeles County sheriff’s detectives now want to talk with Chris Brown about the incident, which they believe was not an assault but maybe just a scuffle between the two.

Meanwhile, witnesses claim that the ordeal was definitely over a parking space.

To make light of the situation, Frank Ocean posted via Twitter that he wished that his dog Everest was there. Frank also revealed that he cut his finger and now he can’t play with two hands at the Grammys.

Chris Brown, on the other hand, posted a picture of himself and those that were at the studio all happy on Instagram with the words, “Working on my album. Not working on negativity. Focus on feeding ya family. Bullsh-t will forever be in the shadows.”