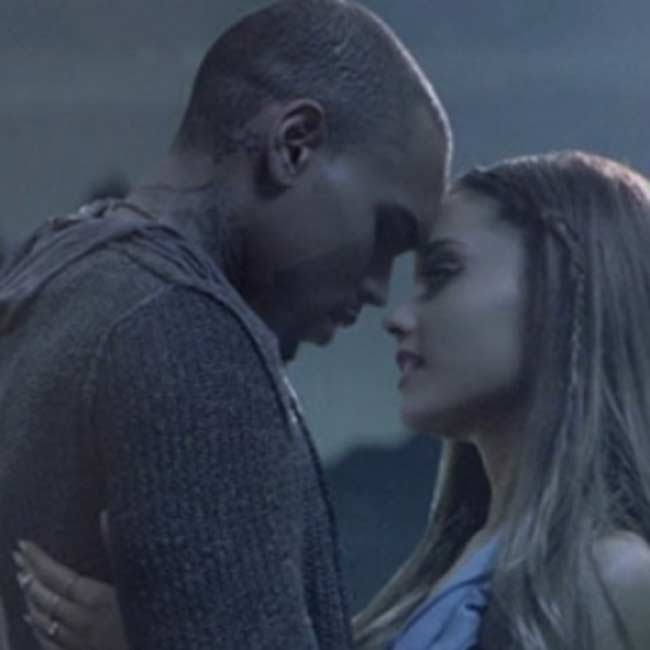 Chris Brown and Ariana Grande have definitely got some chemistry going on as they play forbidden lovers in the new music video for the song “Don’t Be Gone Too Long.”

The two singers are seen in a sexy romantic medieval setting in the dark video which is directed by none other than Chris Brown himself.

Ariana Grande is seen in the video getting close and cozy with the singer as they take viewers’ breath away, literally, in a intimate near kissing scene.

Standing with their lips just inches away from each other, the darkly lit video scene of Grande playing a princess separated from her love, after the kingdom discovers their forbidden romance, will simply have you at awe.

Reminiscent of a Romeo and Juliet story, the video also features scenes of Chris Brown displaying his signature dance moves along with some sexy ballet moves including a split by Ariana Grande in front of Chris Brown.

The song comes from off Chris Brown’s upcoming sixth studio album “X” which drops on RCA on September 16.

Meanwhile, check out the newly surfaced music video “Don’t Be Gone Too Long” with Chris Brown and Ariana Grande.