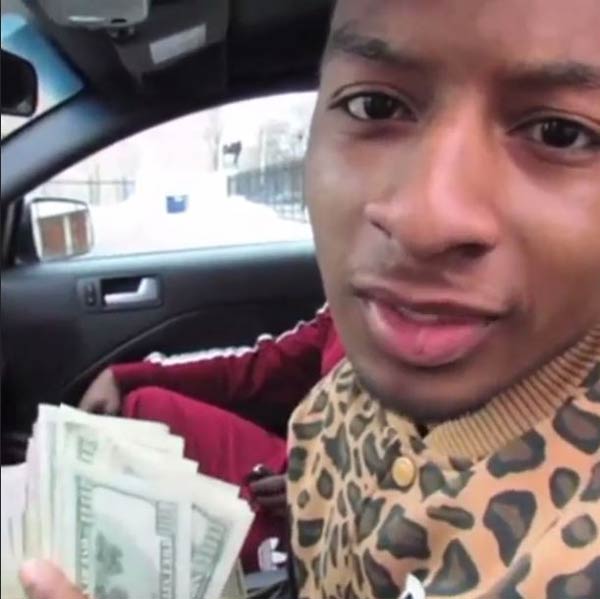 A West Side, Chicago rapper named Young QC has been arrested along with his two friends, who the rapper has been charged with hiring to kill his mother for insurance money.

Qawmane Wilson, also known by his stage name Young QC, has been arrested for allegedly arranging the murder of his mother Yolanda Holmes, owner of an upscale salon, in West Side Chicago.

Law enforcements arrested Wilson, 24, and friends Eugene Spencer, 22, and Loriana Johnson, 23 for carrying out a hit in September 2012 while Holmes lay asleep in her apartment with her boyfriend.

Holmes was killed with a gunshot to the head and stab wounds, reports Chicago Tribune.

Not long after the hit, Wilson collected $90,000 from his mother’s bank accounts and two life insurance policies and started living a baller’s lifestyle.

The rapper splurged his money and lifestyle over social media which drew attention of investigators who were piecing together clues from the crime.

Upon arrest, Eugene Spencer admitted to police that Wilson had hired him to carry out the hit on Yolanda Holmes where he stabbed and shot the victim in her home.

Loriana Johnson was arrested and charged with being the driver for Spencer has he carried out the heinous crime.

Spencer has been charged with first degree murder, home invasion and aggravated discharge of a firearm.

Wilson (Young QC) is currently being held without bail and has been charged with murder and home invasion, same as Johnson.