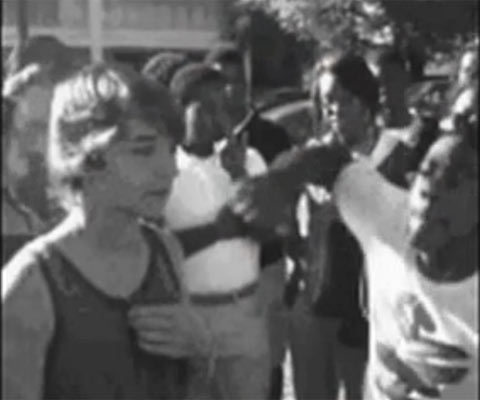 White Station High School, which is considered to be one of the best Memphis City Schools, has been subject to bullying yet again.

Cash Killboy, a Whitestation High School student was caught on video being violently punched by another student and states that he was attacked simply for the way he dresses.

According to Killboy, he could tell that something was wrong before he was punched in the face by a fellow-student. Killboy can be seen in the video seemingly frozen as the young teen approaches him and forcefully punches him in the face as other students stand-by.

Cash Killboy, who spoke with WREG, stated that it freaks him out and he now will have to have his guard up when he is around people, especially at school.

Meanwhile, Jim Killboy, the father of Cash Killboy, is hoping that more will be done about the student, who was reportedly only suspended for the assault. The father believes the teen attacker should have been arrested.

As for Memphis City Schools take on the incident, they claim that they are looking into the recording to identify others who are believed to have been involved so they can be punished as well.