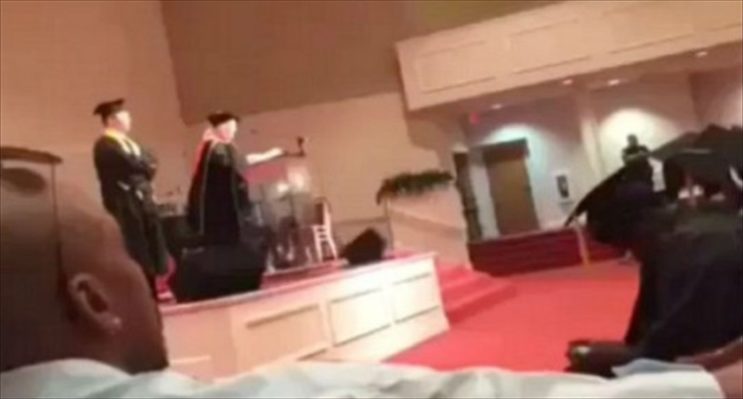 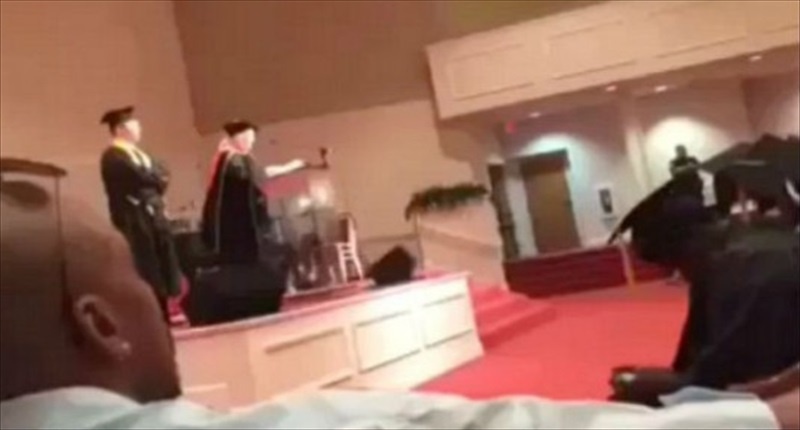 A Georgia high school principal is being called a “racist” after she was caught in this video making a comment about “all the black people” during her school’s graduation ceremony.

Nancy Gordeuk, school principal, director and founder of the TNT Academy in Stone Mountain, GA of the Atlanta Metropolitan Area, released her graduation class before she realized that the valedictorian hadn’t spoken – oops!

The principal asked the now very excited graduating seniors to come back for one final speech – but they apparently kept leaving and that’s when Gordeuk loses it.

Gordeuk can be seen on the video saying ‘look who’s leaving’ – “all the black people.”

Gordeuk later apologized saying the devil made her do it – but that’s a whole other story – watch the video.