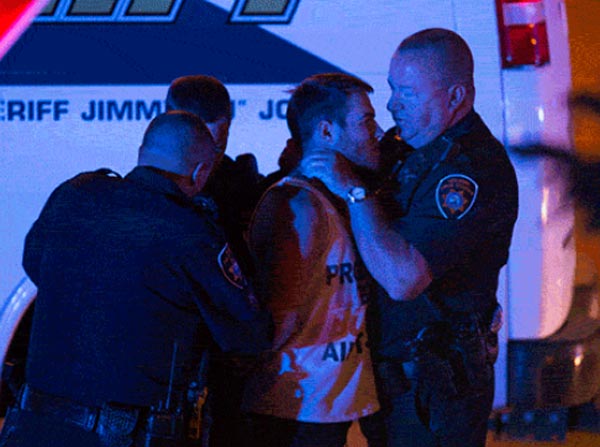 A Tennessee deputy has been fired after he was caught on camera choking a student after busting a party near the University of Tennessee campus on Saturday.

Police officer Frank Phillips, 47, was fired by the Knox County Sheriff’s Office when the photos were obtained by The Daily Mail and published online showing the deputy seemingly choking a student into unconsciousness.

Following the incident, an account on social media site Twitter was created asking people to post their pictures of the alleged ‘police brutality’ by the officer, who was joined by two other officers, Ronald Chaperon, Jr and Brandon Gilliam, who were placed on administrative leave with pay while an investigation for the case is pending.

Sheriff J.J. Jones issued a statement following the photos surfacing saying that they will not tolerate “excessive force” and he believes it was used by Phillips in this incident.

As for the victim in the case, he has been charged with public intoxication and resisting arrest and was released from jail later on Sunday on $500 bond.