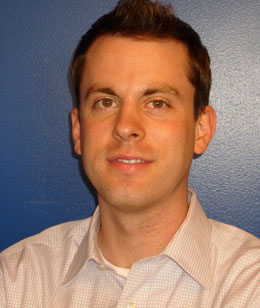 Memphis Music Foundation hires Cameron “Lord T” Mann of rap duo Lord T and Eloise as the Director of Music Industry Programs to over the opening of a new Memphis Music Resource Center.

Rapper, one-half of duo Lord T and Eloise, and businessman Cameron “Lord T” Mann has been hired as the Director of Music Industry Programs for the Memphis Music Foundation, working under foundation president Dean Deyo, according to The Memphis Flyer.

The former executive at Young Avenue Sound recording studio in Cooper-Young is said to be no longer with the recording studio and has now accepted the new job and seeks to make this a new beginning in more than one way, as he oversees the launch of the foundation’s Memphis Music Resource Center.

Planned for a May 30th opening, the resource center will be open to the entire Memphis music community and is meant to be an educational and support mechanism.

“What Memphis really lacks is a music-business infrastructure,” Mann says. “What we hope to create is a place where anyone can come in,” Mann says in regards to what is being looked at as a way for Memphis musicians to help themselves.

The resource center will have 10 to 12 computers loaded with software to help bands and artists work on their careers, and will include an audio-visual room with a Pro Tools rig that will be used to conduct recording workshops lead by local engineers.

“We’re consultants, essentially, and we want to be able to assist [local musicians] in all areas of their work,” Mann says.

Mann goes on to say that the new position with the foundation spoke to him on a personal level, which is what led him to applying for the job and he’s been “waiting for one of the [local music] organizations to do something like this that’s tangible and real”.

Mann is also an executive committee member of the Memphis-based chapter of the National Academy of Recording Arts and Sciences (NARAS) and serves on the Memphis and Shelby County Music Commission (memphismusic.org).

The Memphis Music Foundation is expected to make more hires including for a marketing position, a multimedia specialist, and a business coordinator.

Mann’s new position is not expected to halt any further projects that Mann has involving Lord T. and Eloise, including the duo’s sophomore album which, reportedly, they are putting the finishing touches on now.

The duo’s latest album “Aristocrunk” is in stores now.