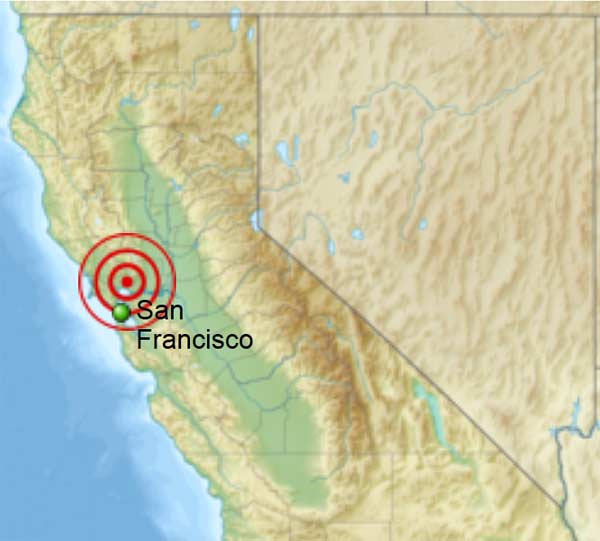 Northern California was hit by a magnitude 6.0 earthquake near Napa Valley in the San Francisco Bay area on Sunday.

It is the largest tremor to rock the Bay Area since 1989.

The last big earthquake was the magnitude 6.9 Loma Prieta quake which rocked California back in ’89.

The earthquake on Sunday caused widespread power outages affecting over 40,000 customers in the area. Nearly 100 people have reported injuries, though, fortunately, there have not been any reports of death.

More than a half-dozen structure fires occurred, which is being handled by the Napa City Fire Department, as well as other reports of significant damage caused by the earthquake in the Napa area.

Reportedly, thousands of small earthquakes occur in California every year, but none greater than a 3.5 on the Richter scale.