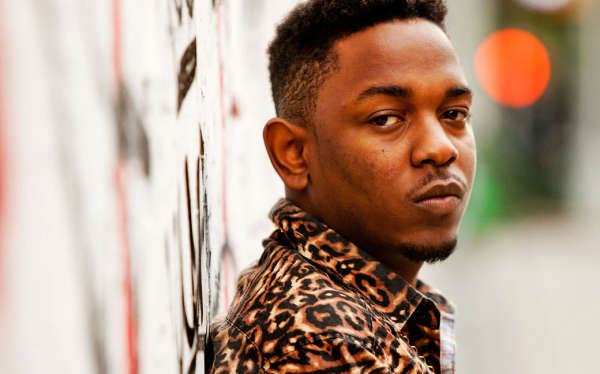 After rapper Big Sean released his new song “Control,” Kendrick Lamar’s verse and the rap song blew up the Internet with its controversial lyrics.

Meanwhile, it was like the rapper opened up a can of battle rap responses following his controversial “Control” hip hop verse.

“I’m usually homeboys with the same ni–as I’m rhymin’ with /But this is hip-hop and them ni–as should know what time it is,” says Kendrick Lamar in his “Control” verse followed by “And that goes for Jermaine Cole, Big Krit, Wale, Pusha-T, Meek Millz, A$AP Rocky, Drake, Big Sean, Jay Electron, Tyler, Mac Miller.”

“I got love for you all but I’m tryna murder you ni–as / Tryna make sure your core fans never heard of you ni–as.”

Check out the full Kendrick Lamar verse that set the Internet on fire below.

Tell Flex to drop a bomb on this sh!t
So many bombs, ring the alarm like Vietnam on this sh!t
So many bombs, make Farrakhan think that Saddam in this b-tch
One at a time, I line em up and bomb on they mom while she watching the kids
I’m in a destruction mode if the gold exists
I’m important like the Pope, I’m a Muslim on pork
I’m Makaveli’s offspring, I’m the king of New York
King of the Coast, one hand, I juggle them both
The juggernaut’s all in your jugular, you take me for jokes
Live in the basement, church pews and funeral faces
Cartier bracelets for my women friends, I’m in Vegas
Who the f-ck y’all thought it’s supposed to be?
If Phil Jackson came back, still no coachin’ me
I’m uncoachable, I’m unsociable
f-ck y’all clubs, f-ck y’all pictures, your Instagram can gobble these nuts
Gobble d!ck up til you hiccup, my big homie Kurupt
This the same flow that put the rap game on a crutch (Russ x6)
I’ve seen ni–as transform like villain Decepticons
Mollies’ll prolly turn these ni–as to f-cking Lindsay Lohan
A bunch of rich a-s white girls looking for parties
Playing with Barbies, wreck the Porsche before you give em the car key
Judgment to the monarchy, blessings to Paul McCartney
You called me a black Beatle, I’m either that or a Marley
(I don’t smoke crack motherf-cker I sell it)
I’m dressed in all black, this is not for the fan of Elvis
I’m aimin’ straight for your pelvis, you can’t stomach me
You plan on stumpin’ me? b-tch I’ve been jumped before you put a gun on me
b-tch I put one on yours, I’m Sean Connery
James Bonding with none of you ni–as, climbing 100 mil in front of me
And I’m gonna get it even if you’re in the way
And if you’re in it, better run for Pete’s sake
I heard the barbershops be in great debates all the time
Bout who’s the best MC? Kendrick, Jigga and Nas
Eminem, Andre 3000, the rest of y’all
New ni–as just new ni–as, don’t get involved
And I ain’t rockin no more designer sh!t
White T’s and Nike Cortez, this is red Corvettes anonymous
I’m usually homeboys with the same ni–as I’m rhymin’ with
But this is hip-hop and them ni–as should know what time it is
And that goes for Jermaine Cole, Big KRIT, Wale
Pusha T, Meek Millz, A$AP Rocky, Drake
Big Sean, Jay Electron’, Tyler, Mac Miller
I got love for you all but I’m tryna murder you ni–as
Tryna make sure your core fans never heard of you ni–as
They don’t wanna hear not one more noun or verb from you ni–as
What is competition? I’m tryna raise the bar high
Who tryna jump and get it? You’re better off tryna skydive
Out the exit window of 5 G5’s with 5 grand
With your granddad as the pilot he drunk as f-ck tryna land
With the hand full of arthritis and popping prosthetic leg
Bumpin Pac in the cockpit so the sh!t that pops in his head
Is an option of violence, someone heard the stewardess said
That your parachute is a latex condom hooked to a dread
West Coast