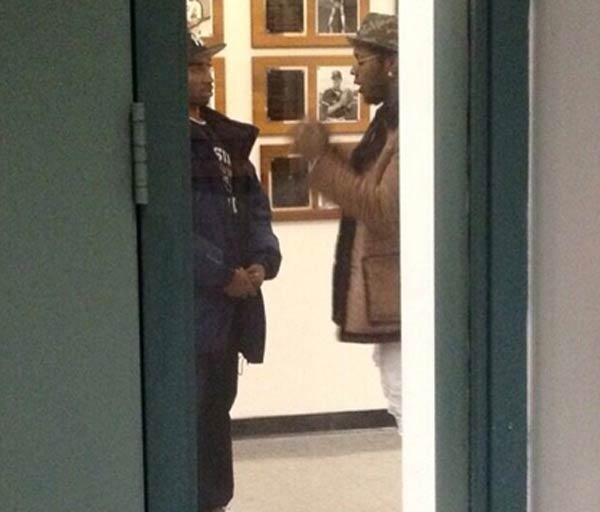 The ‘All Gold’ Atlanta rapper Trinidad James purportedly was slapped for dissing the New York rap scene by rapper Mysonne.

Trinidad James was allegedly slapped by the New York rapper for ranting about the hip hop scene. A picture has surfaced of the two but does show nothing more but what looks like a discussion inside the doorway of a building.

Prior to the alleged slap, Trinidad was allegedly robbed for his comments in which he said that rappers in New York should just say they from Atlanta now and the South runs New York.

This had quite a few eyebrows raised and Mysonne is not the only rapper viewing Trinidad James as disrespectful, a few weeks prior Maino had a few words of his own for Trinidad.

Heyy buddy @trinidadjamesGG I’ll be ur Huckleberry! Lol imma brush those teeth when I see u baby boy. U a street n---a rite? Lmao

Somebody wake @TAXSTONE up tell’em this nasty mouth n---a @TrinidadJamesGG is on the menu. #whathappened