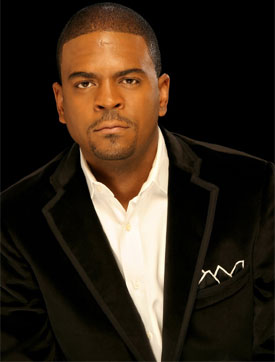 Now three days after the tragic death of Shakir Stewart, 34, on Saturday afternoon, police in Atlanta have now confirmed that the Def Jam Executive Vice President died due to a self-inflicted gunshot wound.

This news comes by way of the Atlanta Journal-Constitution who also states that the there will be a private funeral service held which arrangements are pending according to a spokesman at Murray Bros. Cascade Chapel in Atlanta.

Stewart was found about 4 p.m. Saturday in the bathroom of his house on Lindsey Drive in Marietta, was then transported to Kennestone Hospital, and later was pronounced dead. Police say Stewart shot himself with a handgun but would not say who discovered his body.

Stewart’s friend of 18 years and fellow music executive, Christopher Hicks, said he last spoke to Stewart about a week ago. “Whatever happened over the past 24 hours is not a testament to who we all know,” Hicks told the Atlanta Journal-Constitution on Sunday. “He was a one-of-a-kind individual. If you looked on his Blackberry [stamp] it said ‘One of one.’ I mean, Shakir is the kind of guy who would get dressed up for a party none of us were invited to.. He had no doubt he was getting in. He was a ‘Where there’s a will, there’s a way’ kind of guy. Always.”

Before becoming the VP Executive at Def Jam, Stewart served as the VP of A&R for the label working with artists such as Miami rapper Rick Ross and Atlanta rapper Young Jeezy.

“L.A. Reid and all of us at Island Def Jam Music Group are deeply saddened by the passing of our dear friend and colleague Shakir Stewart,” read a statement released by the label.

“Shakir was an amazing man in every sense of the word,” the statement continued. “A truly incredible friend and father who was an inspiration to not only our artists and employees, but to his family and the many people that had the privilege of counting him as a friend.”

Stewart’s fiancée, Michelle Rivers, also released a joint statement with Stewart’s family members stating that “Shakir’s behavior was inconsistent” with the man they all know and love.

“We would like to thank Shakir’s friends for the tremendous outpouring of love and support we have received during this difficult time,” the statement said. “It has helped us to cope with our overwhelming grief and sadness. It is difficult to express or explain in words what led to the tragic occurrence on Saturday. Over the past several weeks, Shakir’s behavior was inconsistent with the man we all know and love. As much as we all tried to help him, Shakir was in deep pain and largely suffering in silence. Please remember Shakir for who he was … a wonderful father, partner, son and friend.”

The report by the Atlanta Journal-Constitution also stated that an autopsy report could take up to 12 weeks, according to the Cobb medical examiner’s office.