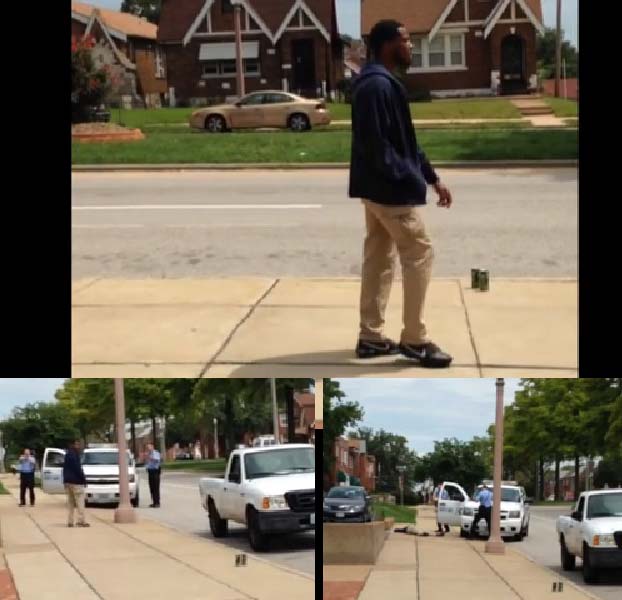 A cellphone video has surfaced of a 25 year-old man, Kajieme Powell, being shot within a matter of seconds by police responding to a 911 call in St. Louis, Missouri.

Before police arrived, they suspected Powell of stealing two energy drinks and a pack of donuts from a local convenience store.

In the cellphone footage, Powell can be seen standing outside walking around as the police pull up while onlookers watch and another man films.

No one is expecting what is about to happen.

Alleging that Powell was wielding a knife based on the police account, the video seems to contradict their story showing Powell being seemingly shot to death unarmed as he yells, “shoot me now, kill me.”

Police, without any attempts to negotiate, talk, pepper spray, tranquilize or tase Powell, begins firing their weapons multiple times as Powell falls to his death.

Ironically, the shooting of Kajieme Powell occurred just about 4 miles from the Michael Brown shooting.