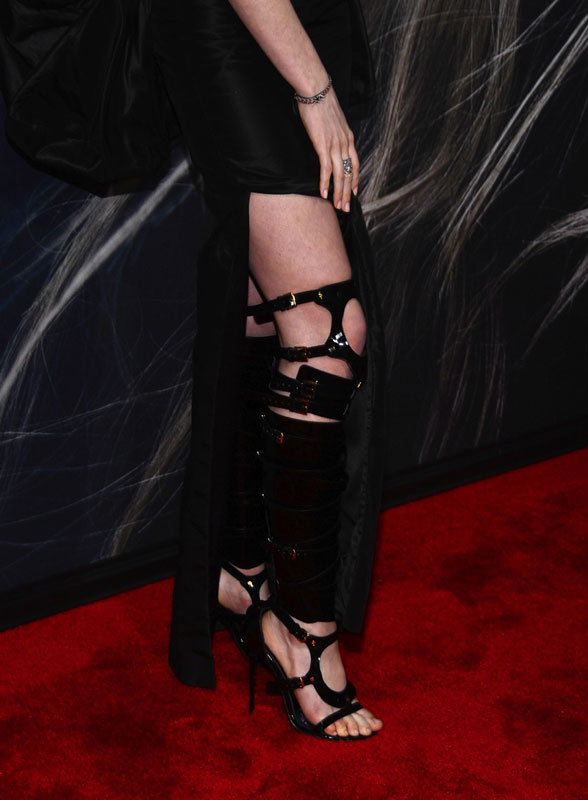 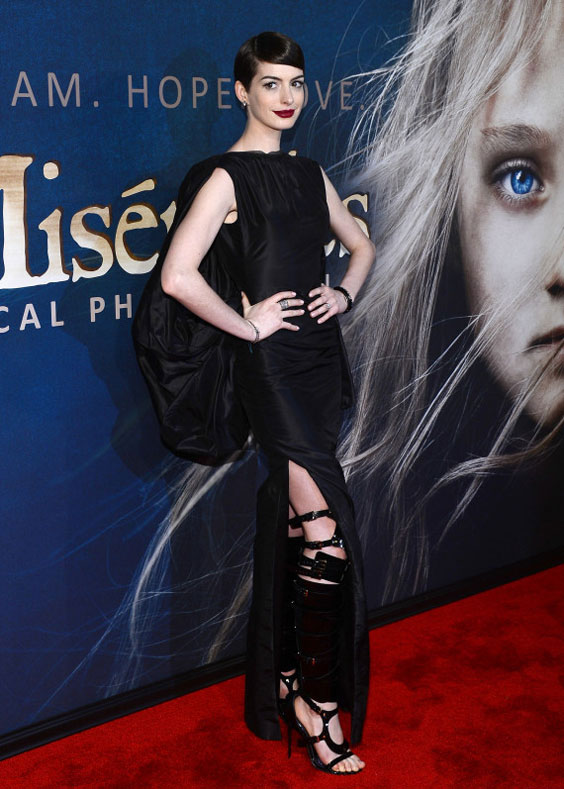 It seems that sexy, talented actress Anne Hathaway either forget to wear underwear or prefers wearing no underwear as she suffered an upskirt wardrobe malfunction caught in photos at Monday’s New York City premiere of the new film Les Miserables.

Anne Hathaway, along with her vajayjay, showed up at the new film Les Miserables’ premiere at the Zeigfeld Theatre on Dec. 10 and was caught by paps flashing her private parts while getting out of her ride.

Later Anne Hathaway’s bondage boots were the hot photos as she stepped on the red carpet but don’t think they were as hot in comparison to Anne Hathaway’s no underwear pictures.

Reportedly, Hathaway didn’t seem to notice her flash, but by now, after celebs like Britney Spears, Paris Hilton and others, you would think celebs would know better than to spread too wide or scoot too much with no underwear while exiting their vehicles, but we’re not complaining or mad at her or any other celeb who wishes to spread.. the news.

Check out photos below of Anne Hathaway in her sexy outfit for the Les Miserables’ premiere in NYC.