Caught on video: Two alleged SODMG affiliates rob and beat fan in Rhode Island inside of Motel 6. Two young men have been arrested after the alleged affiliates of Soulja Boy’s SODMG label attacked and robbed seemingly their own fan in a Motel 6 in Warwick, Rhode Island.

The assault can be all seen on video which was posted on YouTube showing the two men, Jacorey Dejuan Bryant, 22, and Ira Rophiel Malcom Jr. punching the victim demanding him to empty all of his pockets of money or anything that he had on him.

Afterwards the assailants interrogate the victim about being a fan of SODMG and intimidates him into saying how big of a fan he is of SODMG and Soulja Boy.

The victim was told he could leave the room at one point after being punched, but was sucker punched as he made his way to the door at which point he fell to the ground with his back against the wall covering himself from the punches and kicks delivered by the alleged SODMG affiliates.

Finally, the beaten and robbed fan was told he could leave the room after being warned to be careful who he hangs around. 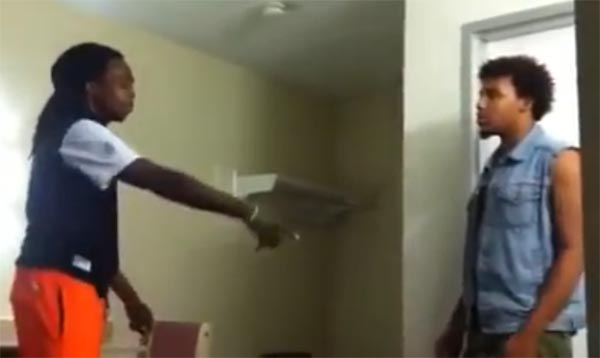