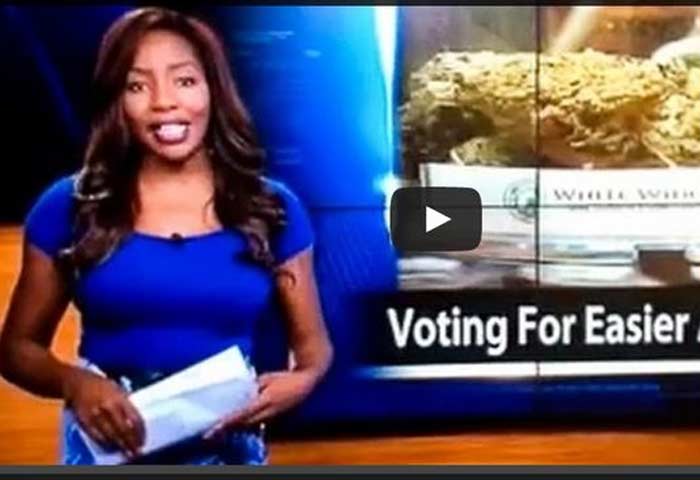 An Alaska CBS news reporter, Charlo Greene, left her job in an epic moment on live TV dropping the f-bomb saying “f--k it, I quit,” after revealing her support for the legalization of marijuana on KTVA 11 News.

Greene, a reporter for CBS affiliate KTVA in Anchorage, Alaska, was reporting on a story about a ballot coming up regarding decriminalizing marijuana in the state.

At some point in her report, Greene made an announcement that she was the owner of the Alaska Cannabis Club and plans to put all her fight towards the freedom and fairness of legalizing marijuana in the state of Alaska.

Basically revealing that she had no other choice, Greene simply said in her live broadcast “as for her job…” she has no other choice so, “f--k it, I quit.”

Watch Charlo Greene whose real name is Charlene Egbe in her epic resignation in a live news broadcast.

What did KTVA have to say?

Viewers, we sincerely apologize for the inappropriate language used by a KTVA reporter on the air tonight. The employee has been terminated.