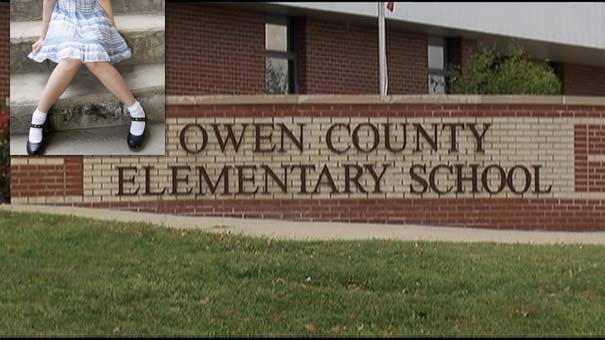 A 7 year-old transgender student at Owen County Elementary School in Kentucky has parents worried after he left school as a boy named Eli and returned to school dressed as a girl named Ella.

Nicki Sullivan says her child, born a boy named Eli, who she now refers to as her daughter Ella, was introduced as a new student – Ella Grace – when the child returned to school on Monday as a girl.

The incident of little Eli becoming transgendered student Ella has, to say the least, got concerned parents worried. As far as the school, authorities claim their priority is the safety of their students and they have supported Ella and even offered the child a unisex bathroom.

Still, the 2nd grader’s classmates have parents who believe their children should not have to call a boy a girl and Ella’s name, as well as new wardrobe, will only confuse the other children and cause “distraction.”

Fox Philadelphia reports that one parent named Caynah Lindsay told her son to never refer to Ella as a girl “because that is not what he is.”

Watch the video regarding the 7 year-old transgender student that has parents worried at Owen County Elementary in Kentucky.