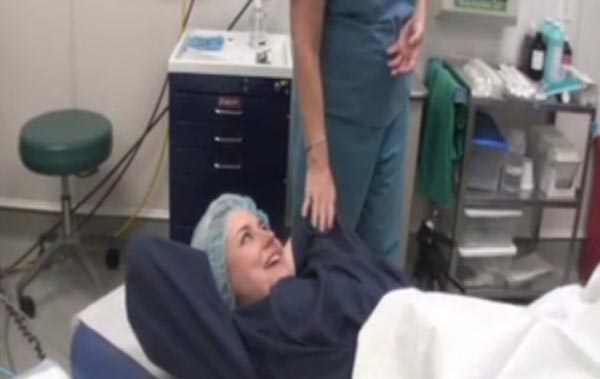 A video of a woman filming her abortion has gone viral since surfacing online on the Internet.

The woman in the video filming her abortion is Emily Letts, a 25 year-old abortion counselor.

Letts reportedly works at a New Jersey abortion clinic and decided she would try to inspire other women by making a video of her own abortion.

The video, which was posted on Vimeo by Emily Letts, is entitled “Emily’s Abortion Video.”

As you can imagine, the video has stirred up quite the bit of controversy over the Internet.

While the video plays, an audio of Memphis’ own songstress Valerie June’s song “Workin’ Woman Blues” is heard playing on the video.

“Ain’t fit to be no mother, ain’t fit to be no wife.. I’ve been working all my life,” is heard in the lyrics of Valerie June’s song which may be why Letts chose the song to accompany the video.

Watch the video of Emily Letts filming her own abortion.