Nominations for the 2010 Southern Entertainment Awards has started so if you haven’t already, logon to cast your votes!

Nominations began running and run every year from May 1st to Aug. 15th!

Please go to www.southernentawards.com to cast your nominations and nominate your favorites in the 2010 Southern Entertainment Awards.

Here’s the list of this year’s winners from the 2009 Southern Entertainment Awards where MemphisRap.com took home 2009 SEA “Website of the Year” award and here’s a story recap of the event along with pictures of performers and guests which took place at the Gold Strike Casino in Tunica, MS. Best of luck for everyone and as always, thanks for your votes!! 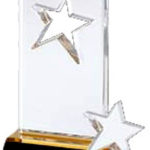