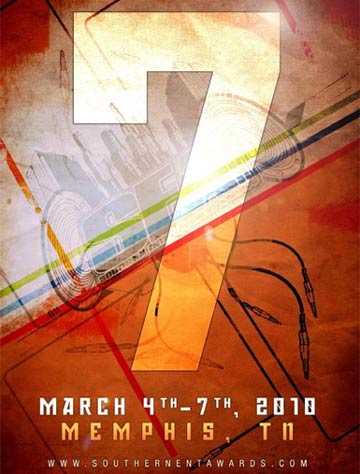 For the first time, an expected 2000 guests will congregate in Memphis for the 7th annual Southern Entertainment Awards for 2010. The heavy hitters of the hip hop and entertainment industry will fill the Cannon Center to acknowledge the south’s best Clothing companies, DJ’s, Labels, Models, Producers, Recording Artists, Retail Stores, and Websites. According to Southernentawards.com this show will be “the most elaborate event planned thus far with heavy focus on the DJs and all that they touch.”

The nominations process was closed on August 15th, and voting runs from September thru November. “Nominations and Winners are chosen by the “streets” and the “people,” S.E.A.’s does not select Nominees or Winners,” according to SouthernEntAwards.com, which is also where voting can be done. Regular tickets prices which are $30 are now on sale for $7.