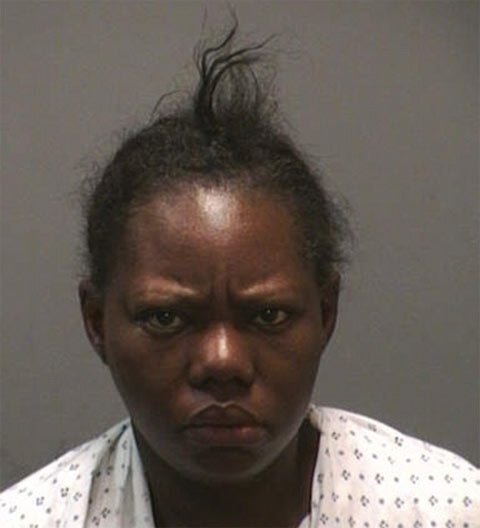 According to the shop owner Jongyol Lee, Davis entered the beauty supply store with a young girl and he noticed a wig was missing from a mannequin. So what did the Lee do? Lee went through his surveillance tape and it revealed she not only stole a $15 clearance wig and hid it, but Davis also stole other miscellaneous items and placed them in her bag.

Jongyol Lee told police that he told his staff not to let her leave the store and when Jongyol Lee and his 70 year-old father approached Davis as she left, she became vicious toward the two of them. Davis punched both men going as they followed her down the street and then she bit a nice chunk of Lee’s bicep and spit the flesh in his face.

When it was time for Lowpel Davis to be arrested she also bit the officers who were arresting her. The officers described Davis as crazed, kicking and struggling with them.

Lowpel Davis’ bond has been set at $150,000 and she has been charged with sixth-degree larceny, a breach of peace, criminal mischief, assault, and two counts of assaulting police officers.