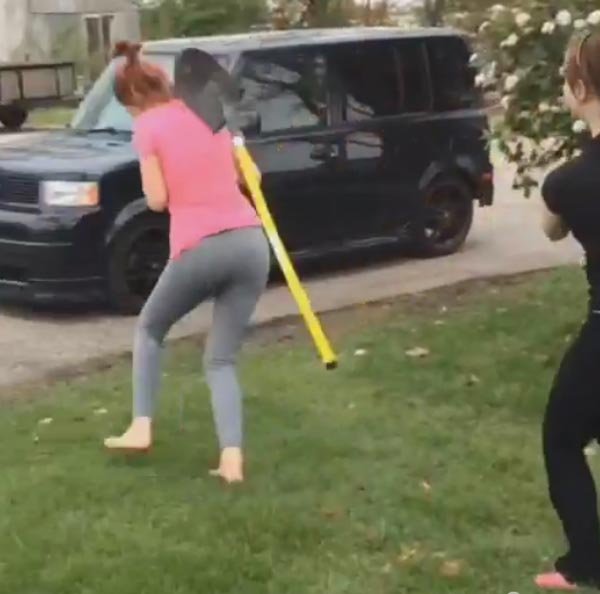 A shocking story and video of a 16 year-old girl named Miranda Lynn Fugate being killed after being hit in the head with a shovel is circulating the Internet – the story is not true.

The fake story tells a tale of Miranda dying from the trauma of the blow to her head she suffered from her fight with another girl.

The video shows Miranda getting hit on the head from a flying shovel thrown by a girl named Emily Powers believed to be an old friend whom she was involved in a fist fight with.

Though the fight allegedly is real, the story of Miranda being dead from the blow to the head is fake.

The story seems to derive from a satire website named Huzlers, which described Miranda as dying suddenly while watching TV following her fight with Emily.

Check out the video below associated with the fake story that has gone viral online of the young Miranda allegedly dying after being struck with a shovel.