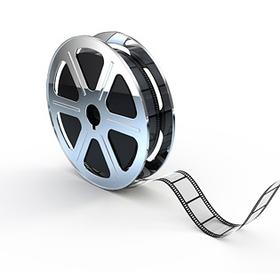 MEMPHIS, Tn., April 9 – MemphisRap.com — 901 Entertainment will be on location at Club Motions tonite filming for upcoming episodes to be featured on MemphisRap.com’s soon-to-be video entertainment network located online at MemphisRapTV.com. The network will be the new location on MemphisRap.com to find any and everything video, including
music video clips, video interviews, footage of some of the hottest local parties, nightclubs & more. Nightclubs and parties such as the “Let’s Get a Room Party” going down tonite at Club Motions featuring live performances by “Nasty Nardo” with special guests including “Infintry”, “Studio 8” and more. The online tv network will also feature information and
video streams of some of Memphis’ hottest Rap/Hip-hop and Urban based TV shows giving Memphis Rap fans, which now exceeds over 2 million visitors a month, a glance into Memphis’ local television media.

For those of you who are already fans of “Nasty Nardo”, then you already ‘know the businesss’. But if you’re new to Nardo or his latest release then let’s just say his new single “Let’s Get
A Room” is HOT!! The single features “Gangsta Boo” and is one of the most requested songs on Hot 107.1 (one of Memphis’ top Hip-Hop stations) and has already become a mix favorite with the latest mix done by and featuring Hot 107’s own DJ Lil Larry of the Hitzmen.

The party tonite is just the first of many “Let’s Get A Room” parties to come and will be attended by tv shows Video Waves (hosted by Amie Tilton), City Beats, UGTV and more. Prizes will be given away including a VIP Suite at the luxury Marriot Hotel and more. Come and Be Seen on TV!!! Clips will be used for live upcoming TV shows, music videos and more. Seeking Models & Dancers!!! If you think you have what it takes to be a model or you are already a model and just looking for opportunity, then MemphisHoneys.com scouts will be on spot, filming and interviewing potential honeys for upcoming video shoots and print calendars!! So come out and introduce yourself!! Ask for Eric “Memphis Slim,” host of  MemphisRapTV.com. If you’re an artist then come out to plug your artist, project or freestyle on camera and if you’re a fan then come out for your chance to be seen on MemphisRapTV.com and other local shows.

Doors open @ 9PM. Ladies FREE til 11! Live performances start at 12:30. See you there!! Club Motions on Brooks Rd. at the Brooks and Elvis Presley intersection just off I-240. View
Map & Directions