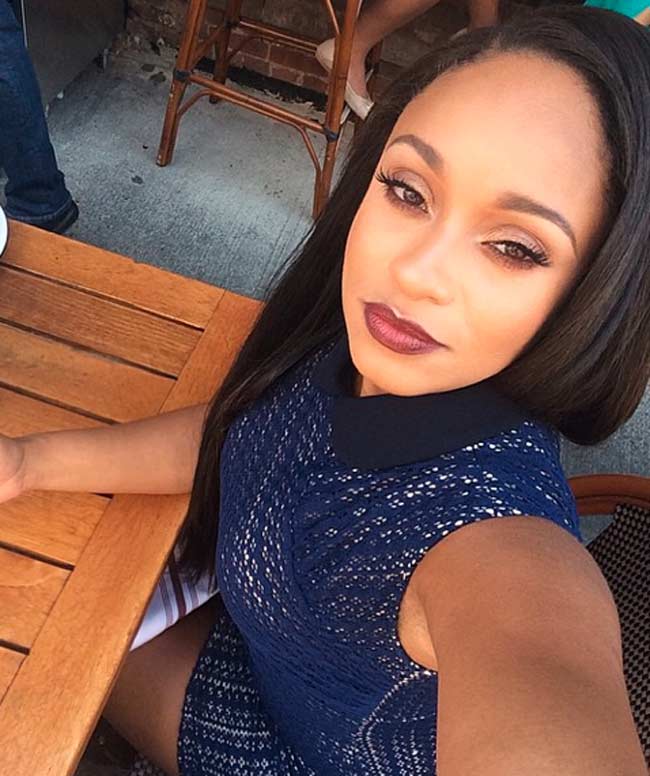 Love & Hip Hop reality star Tahiry Jose was allegedly beaten after reportedly being brutally attacked by a man backstage as she was preparing to walk out on the runway during New York Fashion Week.

Tahiry was reportedly hospitalized after the alleged brutal attack by a man named Carlos Gonzalez after they got into a verbal confrontation that turned physical.

Reportedly, Tahiry Jose warned Carlos Gonzalez during their verbal argument about disrespecting her and that’s when he allegedly struck her several times repeatedly and drug her by her hair before being pulled off by other men who were backstage.

Details of the incident are very sketchy as some sources are saying that there was no physical altercation at all and Tahiry Jose simply was the one that just verbally beat-down the man backstage and the whole story has gotten tangled.

Still, however, reps for Toure of Toure Designs reportedly issued a statement claiming that an incident did take place but not backstage rather in front of the venue where the fashion show was to be held.

The reps, who say that they were a part of the Angola International Fashion Show event, mentioned in the reported statement that Carlos Gonzalez was the production manager of the venue and accused him of being already against the event taken place even before the alleged altercation occurred.

Ending the statement denouncing violence while wishing Tahiry a “speedy recovery,” it hints that there may have been a physical altercation and not just a verbal one.

Reportedly, the show was cancelled and Tahiry has been allegedly released from the hospital and is recovering at home.