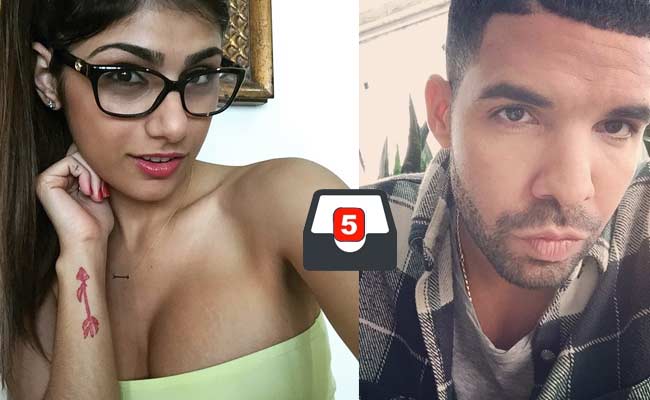 Mia Khalifa, who is reportedly one of the most searched adult stars on one of the biggest adult video sites on the Internet, had an interview with radio station CBS Miami 560 WAM.

She was asked had she ever been contacted by a famous celebrity when she reluctantly said that the person that has contacted her name rhymes with “rake.”

Now, that could be anyone from Blake to Drake, but speculations are pointing at rapper Drake as the big celebrity that she may have been hinting at that ‘hit her up’ over social media site Instagram.

Check out some photos of sexy Lebanese model Mia Khalifa, who may have been contacted by rapper Drake over Instagram.