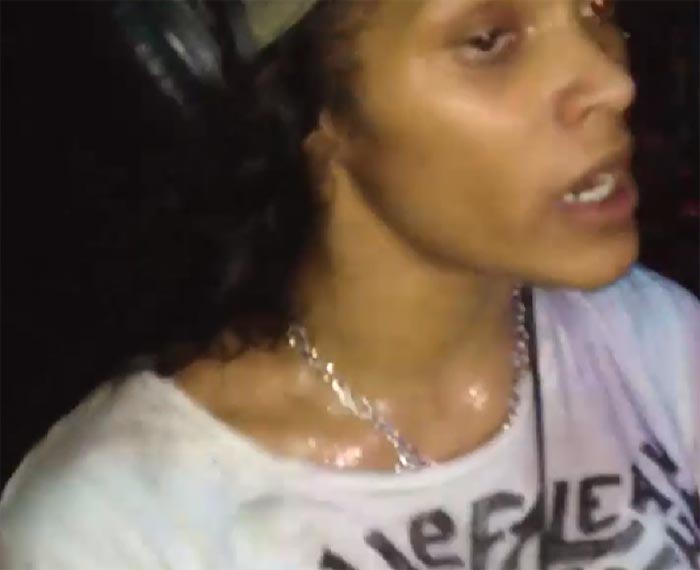 At many moments in the video of the female rapper known as the wifey of Love & Hip Hop Atlanta cast member and music producer Stevie J, Joseline is heard throwing out lines that didn’t rhyme and at some times was somewhat incoherent.

Soon after the clips began surfacing, a video interview of rapper Ferrari Ferrell talking with VladTV surfaced of him detailing the video clip of Joseline Henandez’ disturbing recording session.

Ferrell also claims to have ‘hooked up’ with Joseline at that time claiming it was just months ago when it happened.

Could this mean that the rapper is now on the list of alleged rappers Joseline Hernandez slept with behind Stevie J’s back including Rick Ross (who she is heard mentioning in the video and rumored to be pregnant by), Nelly and more?

After the video surfaced online, many are speculating that Joseline was on some type of drug (possibly mollie or cocaine) and may have a drug problem from what the video suggests.

Watch the video clip of Joseline Hernandez rapping in the controversial interview with rapper Ferrari Ferrell.