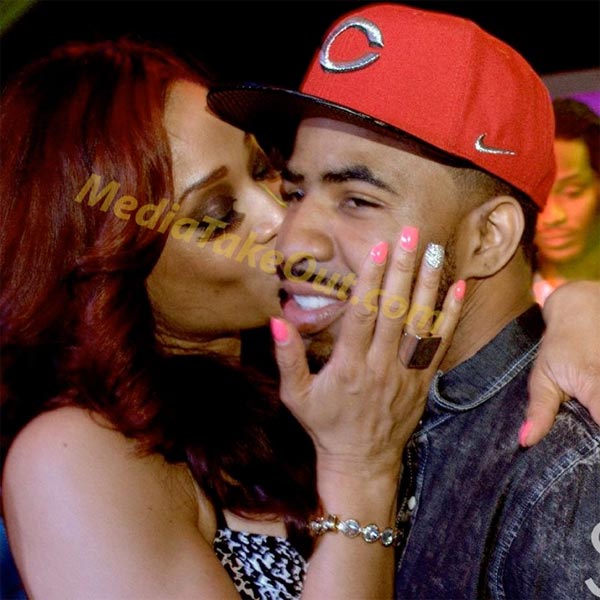 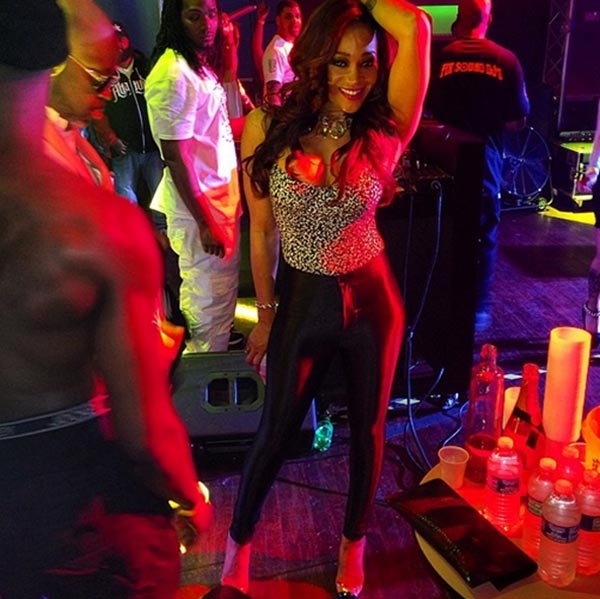 Mimi Faust and boyfriend Nikko Smith have sparked all types of rumors since their “Scandal In Atlanta” sex tape video made its way online.

The latest rumor of the Love & Hip Hop: Atlanta star is that Mimi Faust may be creeping or had creeped on her new boyfriend Nikko in his absence.

According to gossip site MediaTakeout, Mimi Faust was booked to appear at a show in Cincinnati where she reportedly got close and personal with some guy in the club.

To add to their speculation, a photo that they obtained was included showing Mimi Faust kissing the mystery guy up close.

Though the photo looks quite intimate, it is based on speculation and could be simply a ‘thank you’ kiss for the man possibly buying her new “Scandal In Atlanta” tape.

Meanwhile, Love & Hip Hop Atlanta season 3 is set to air tonight on VH1 with all the previous mentions of drama expected at 7PM CST.