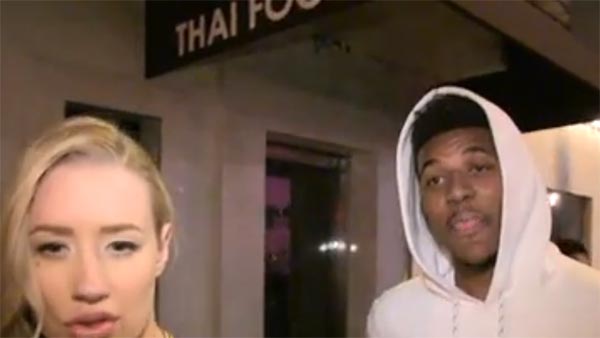 After a disappointing NBA season for the L.A. Lakers, Lakers guard Nick Young isn’t too worried cause he’s going home with girlfriend and rapper Iggy Azalea.

In case Iggy Azalea’s twerking videos or Instagram photos haven’t made there way across your desktop, laptop or mobile device, the girl has got booty!

On the other hand, if you didn’t know, Nick Young made it clear in a brief interview with paparazzi the other night.

Nick Young aka Swaggy P and girlfriend Iggy were leaving a nightclub on Sunset Blvd when he told the paps that what he’s going to do with who he’s with (pointing to Iggy) “shouldn’t be legal,” while pointing out “all dat azz.”

In related news, the sporty hip couple were recently in the news after alleged nude photos of rapper Iggy and Young leaked on the Internet.

The photo showed a naked backside believed to be Iggy’s standing in front of a seated or kneeling Nick Young.

It was later found out that the photo belonged to another couple who made the announcement on Twitter after Iggy and Nick themselves brushed it off.

Check out the video of Nick Young talking about all ‘dat’ Iggy booty. 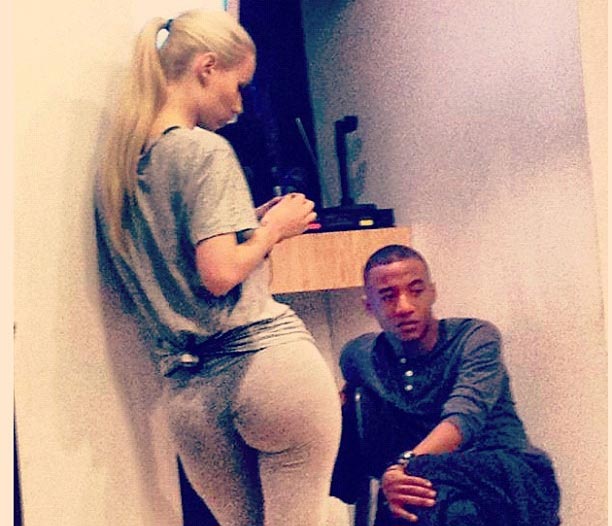