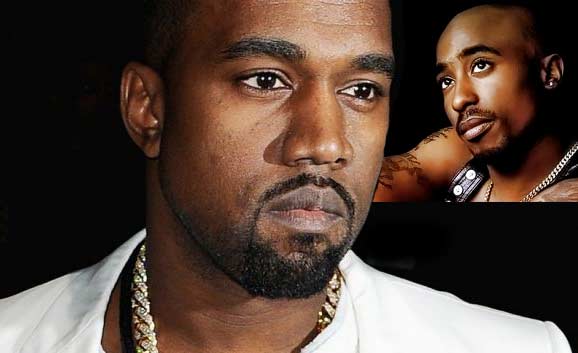 News reports have been circulating that Kanye West called out Tupac Shakur aka 2Pac as being ‘the most overrated rapper in history’ – that story is simply not true.

The story goes that Kanye West made a statement dissing the late 2Pac after a celebrity screening of “Teenage Mutant Ninja Turtles” at a Hollywood, California movie theater.

Kanye West is definitely not new to stirring controversy with his outspoken statements like the past interruption of Taylor Swift’s presentation at the Video Music Awards which Kanye West believed should have went to Beyonce.

However, we’re sure the G.O.O.D. Music founder and top selling hip hop music artist would not have bad words to say about one of the bestselling artist of all time – 2Pac.

As a matter fact, the award winning rapper and music producer Kanye West actually stated before in an interview that 2Pac was one of the hip hop influences to his work including Pac’s arch rival Biggie Smalls aka the Notorious Big.

So the rumor of Kanye West calling Tupac Shakur the most overrated rapper in history is definitely not true, although we’re sure there are many other things the outspoken rapper will be in the news for regarding his controversial statements which he makes from time to time.