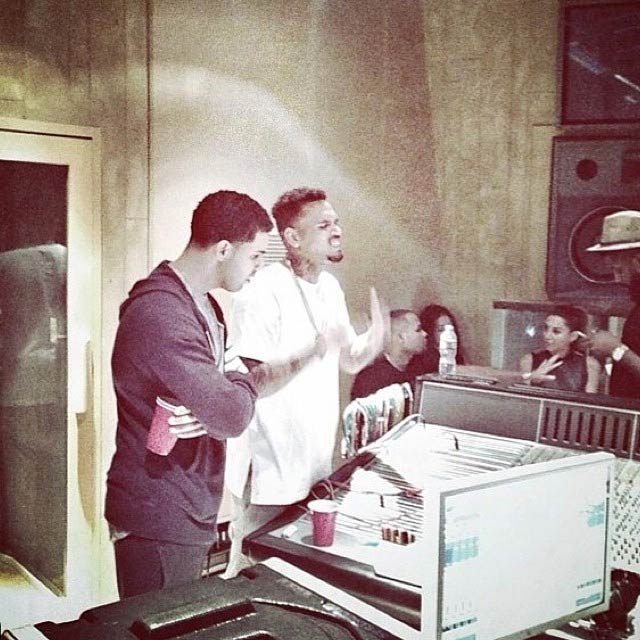 Rapper Drake and Chris Brown was spotted in the studio together sparking talk that the two may have squashed their beef and settled their differences and are possibly working on new music together.

It was a little around two years ago when the two were believed to have been involved in a fight that sparked an all out brawl in a nightclub in NYC that left Chris Brown bloodied.

The fight at the time was believed to have been over Rihanna, Chris Brown’s ex-girlfriend and the rumored new girlfriend of rapper Drake.

The picture is believed to have been first shared by producer Marcos “Kosine On Da Beat” Palacios, of the production duo Da Internz, who’s actually behind the production of Rihanna’s “Birthday Cake” song.

The photo was reportedly shared on Kosine’s Instagram after Drake arrived to the studio where Chris Brown was already at in Los Angeles.

No official word on whether this will new music by the two coming together, but we know Chris Brown has been reportedly working hard in the studio on his new “X” album expected to be releasing sometime this year.