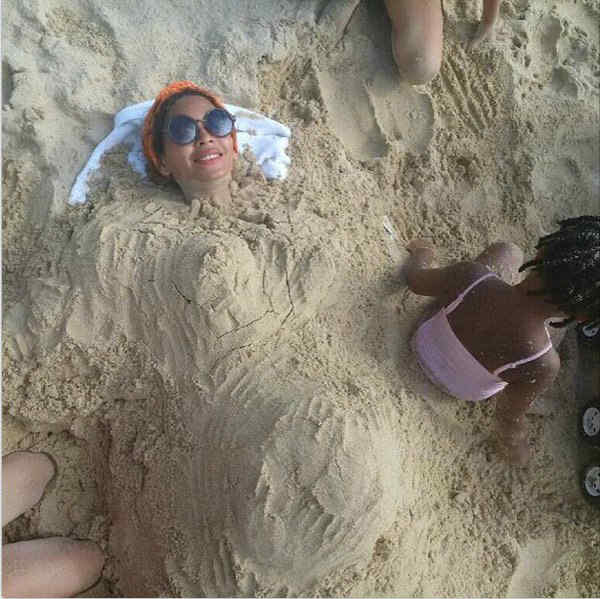 Rumors are flying that hip hop mogul Jay Z and wifey Beyonce are having a second baby as Beyonce is pregnant again, so the rumors say.

The rumors of Beyonce being pregnant were especially reignited from an Instagram photo of Beyonce on the beach looking like she was hinting at a baby bump.

The two A-list celebrities Jay-Z, 45 and Beyonce, 33, already are parents of a 3 year-old daughter, Blue Ivy.

Since the rumors of Beyonce having another baby and a possible second heir to the couple’s billion dollar empire, the couple’s friend and former Destiny’s Child alum Michelle Williams is about the closest thing to the truth heard so far after she dismissed the rumors in an appearance on The View on Monday, January 12th.

Williams claims that there is ‘no truth’ to the rumor that Beyonce is pregnant as she added that even in the picture, Beyonce’s so-called baby bump is somewhere really where her knees would be.