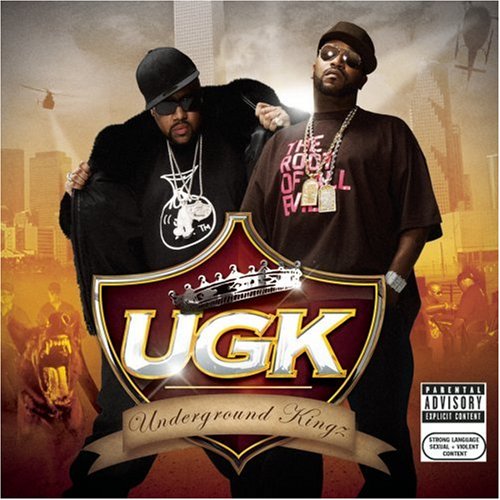 Man this is a certified classic for all the OGs and the trill fans bumpin these country rap tunes. The album kicks off with a smokers anthem “Swishas and Doshas” with Pimp C breaking it down soulfully on the hook:

“Swishas and dosha,
blow when we driving,
Benz’s and Cadi’s,
swangin big bodies”

Just sit back, roll up a dutch with the finest trees and marinate in the pimp vibes that only UGK and the south can provide.

Other notable tracks on the first disc include, “The Game Belongs To Me,” “Gravy,” “Quit Hating the South,” feat. Charle Wilson and Willy D and one of my favorites “Trill Niggas Don’t Die” feat. Z-Ro.

The whole album is thorough, you can just pop it in and let it ride from disc to disc never skipping a track and that’s rare to say in the rap game these days. They definitely upped their game lyrically and Pimp is even nastier than ever with the funked up production, a true inspiration to your boy here.

On the second disc they start with a crazy banger “How Long Can It Last – (with Charlie Wilson).” In the intro, Pimp opens with a few words in prayer in a heart felt moment then the hardest beat drops into the soulful rap ballad – pimp spits:

“Uh the b---h, been good to me Been bad to my homies, keep it cool with me , I played it by the rules, and the regulations I use to switch cars with the Mexican, at the gas station”

Another banger is “Still Ridin Dirty,” “Tell Me How Ya Feel,” “Shattered Dreams,” and another favorite is “Top Drop Dyne feat. Cory Mo” – peep his track “Aint Nobody Trippin” with Pimp on the hook.

To sum it up this album is what all UGK fans have been waiting for. Its on another level and most lames wont feel this pimpin and g s--t that UGK comes with harder than anyone. Go Get That CD and support your fore fathers in this b---h. Big up to Pimp and the Bun, yall Keep it Trill – From your boy Big Rico of Pimpin Pens. Holla.