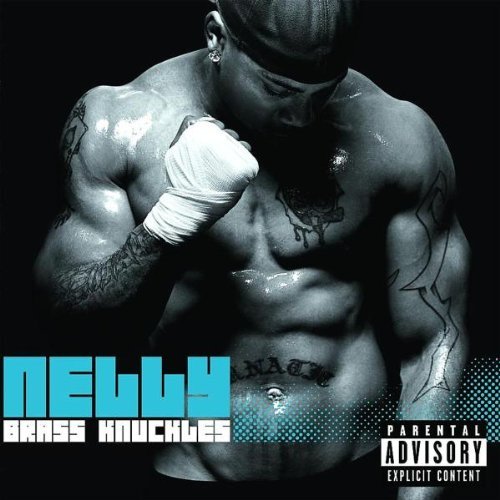 I understand the formula of “if ain’t broke, don’t fix it,” but Nelly is really stretching with “Stepped on My J’Z” (feat. Jermaine Dupree & Ciara) which is basically just an updated version of “Air Force Ones”..

Let me begin by saying that I’m a huge fan of Nelly’s previous 4 LPs & I’ve been anxiously waiting for ‘Brass Knuckles’ to drop for almost 2 years. Now it’s been 4 years since Nelly released ‘Sweat’ & ‘Suit’ which debuted at No. 2 and No. 1, respectively, on the Billboard albums chart their opening week. Since their success, Nelly has been featured on a handful of songs and even teased fans with a non-“Brass Knuckles” single, “Wadsyaname.”

The first thing you notice about Nelly’s fifth offering is the absurdly large guest list. Twenty different guests make an appearance and there is only a single track that is Nelly is credited for himself. But these days the guest shot has become routine, however with so many other big names on the album (including Snoop Dogg, T.I., LL Cool J, Usher, Pharrell, Gucci Mane, R. Kelly, etc.) it doesn’t even feel like a true Nelly album. What’s worse is that often the guest outshines the core artist, which isn’t supposed to be the case. For example, Rick Ross totally commands the opening track, “You Ain’t Him.” Another problem with the “Brass Knuckles” is it’s lack of originality. I understand the formula of “if ain’t broke, don’t fix it,” but Nelly is really stretching with “Stepped on My J’Z” (feat. Jermaine Dupree & Ciara) which is basically just an updated version of “Air Force Ones” about blue jeans.

“Brass Knuckles” is 14 songs long and all of them could be singles, but none of them could be hits. But with that said, each one is tightly produced, whether it’s the mimicry of pianos and heavy thump (made famous by Dr. Dre on the West Coast) on “LA,” or it’s “Party People,” which feels prepackaged for clubs with frantic synthesizers and a Fergie appearance.

Nelly makes a heartfelt effort and addresses social issues alongside Public Enemy’s Chuck D on “Self Esteem,” which is a Seventies funk flavored jam that is one of the album’s few highlights. Another high point of the album is the track “Lie,” (feat. The St. Lunatics) which is a song about lying to one girl about another girl, then taking that lie to the grave.

Overall “Brass Knuckles” is more similar to a fighter stalling for time, than a champion ready to step back into the ring.