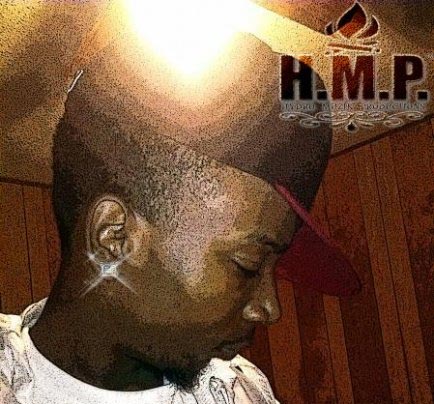 Yung Bud: Thank you for this opportunity.

MemphisRap.com : For those who don’t know you, tell them the bizness about Yung Bud?

Yung Bud: Yung Bud. I am Hydro Muzik, and the reason I say that is due to the fact; a lot of people have tried to recreate the sound I started. Most importantly, I’m doing me. I am not trying to be like, sound like, or do like no one else. I quote punchlines as ways of sending shout outs to that particular artist. I want people to take me seriously as an artist, because that is what I am; an artist. A Yung Pablo Picasso.(laughing) Real Talk though, the bizness with me is getting a firm foundation with my muzik; and running with it from there. Establishing working relationships with everyone that I possibly can, not only in Memphis; but around the US. I want to be the Luda, the TI, the Jezzy; meaning that I want to be out here on 106 & Park, on BET, and events like that. I’m not looking to be just another local legend, feel me?

MemphisRap.com : How did you end up with the name Yung Bud?

Yung Bud: At first it was Lil Bud, when I was The Kitchen of Agony; an Indie label that I was messing with while I was in the Air Force. People use to call me “Bud” because they couldn’t remember my name, and it stuck with me. After completion of my first Underground Project, “Coming Of Age”; I changed the Lil to Yung, as a way of showing that I had grown with my muzik.

MemphisRap.com : How did you end up getting into the rap game?

Yung Bud: My homie and good friend, Sean “Roscoe Da Balla” Kennard (Ft. Worth, TX), got me started. With the continuous moving and deployments that come along with the military, Sean began to teach me things; dealing with Production and Recording. He, Sean, got an assignment in Japan; when another friend, Dominick “Vicious Souljah” (South Fla.), tightened up what I knew. Vicious Souljah brought me his computer, and told me to learn the programs best I could; and if I had any questions, to hit him up. That was when I produced the UG project, “Coming Of Age”. During that time, I was talking to a couple of people from Memphis. I won’t drop any names, but they were little to no help. In 2003, I came back to Memphis; which was around the time that I met Michelle Leatherwood, my manager. I was then working with J-Solid, Proper Visions Ent., to release the Underground project, “Proper Visions Camp.” Shortly after the release of that project, me and J went separate ways with different visions of what we wanted; and the Hydro Muzik imprint really began. “Hood Star” was our first project under my productions, and it was a classic; but it was poorly recorded and mixed. Then around the time that we were about to drop the compilation, “Hydro Muzik: The Birth Of A New Era”, my whole team fell apart; due to creative differences, and new alliances being formed. From there, Mean Slugs Ent. was born; under Playa Cyco, Thug Black, and Lil P. (a.k.a. Pistol P of Westwood). I began to work on my mixtape, “Destined 2 Rhyme”. A month or so, after dropping “We Grind”; a couple of the artists (Lil P. & Thug Black) decided to join ranks with me again. We later signed with “Supa” Jay’s Blazin’ Hot Records, under the group “Street Fam”; and that’s where we are now.

MemphisRap.com : So you were in the U.S. Air Force.

MemphisRap.com : What were some of the experiences you got from being in the U.S. Air Force?

Yung Bud: The military overall was an excellent experience for me. It taught a lot about the real world, and what it takes to really succeed in ANYTHING that you do. I experienced Racism for the first time at 19. However, the people that I met, the friends that I made, and the overall change it made in me, as a person; was so worth it.

MemphisRap.com : Do you feel like some of the experiences you gained from the Air Force will help you in this industry and if so how?

Yung Bud: Taking criticism was the most important thing that I can say I took from the military. It not only deals with this industry, it deals with everyday life. If you cannot take someone telling you when you wrong, or when something don’t sound good, in the industry’s case; then you won’t succeed at anything you do. Being around EMCEEs (as we call them) from different areas, really took a toll on my overall sound. I worked with artists from Texas, California, New York, New Jersey, Michigan, Nap Town, ATL, and plenty more. All those sounds are embedded into one artist, and that one artist is me.

MemphisRap.com : Tell the readers a little something about what you’re currently working on?

Yung Bud: We just finished up the mix tape, “Destined 2 Rhyme”; which will be hosted by DJ Mike Dubbya. This mix tape is my debut to the city, and I really put a lot of work into this mix tape. We were so picky with it, that it changed like 3 times. The single for the mix tape is, “Get U One” (Produced By: Yung Bud). At the same time, I am working on the group’s, Street Fam, upcoming album. Our current single, “Ten – A – Kee”, will also be featured on the “Destined 2 Rhyme” mix tape. It’s gone be hot, so be looking for that. Oh yeah, I got a new joint with Freestyle of Da Crunkstaz; called, “Get Ya Mind Right”.

MemphisRap.com : What can we expect from Yung Bud in 2006?

Yung Bud: I mean, you can expect a lot from me this year. We have not officially begun working on my first solo album, but I know that is coming in the near future. Right now, it’s basically grinding with this mix tape; as well as getting my follow up mix tape street ready by July. The Street Fam album is gone be off the chain. 2006 is already turning out to be my most productive year thus far. Plus with me working over at Hoodoo Labs with Chopper Girl and Sticky Icky, that makes things that much more worth while.

MemphisRap.com : Thanks for taking the time to do this interview with MemphisRap.com. We’ll all be looking to hear more about you as your career moves along so keep us posted!

Yung Bud: Fa sho, that’s definitely what’s up! Again thank you for this opportunity to clue Memphis in on who I am, before I really step out here.

MemphisRap.com : Is there anything else you would like to add?

Support ya boi! “Destined 2 Rhyme” dropped, April 22, 2006, pick it up. For those who want to know more and even check out exclusive muzik from Hydro Muzik. Go to: www.myspace.com/hydromuzikproductions (HMP – up to date muzik) www.myspace.com/bizzolmcguire (Yung Bud) www.myspace.com/streetfamboys (Street Fam)

Yung Bud: Thank you for this opportunity.