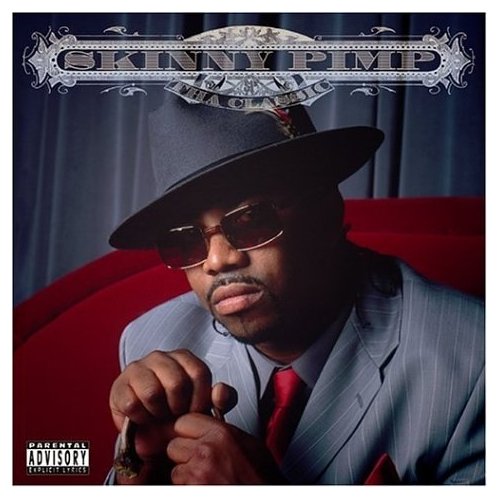 In the exclusive phone interview with Onlock Music/Grandstand Entertainment’s artist, Kingpin Skinny Pimp, the legendary rapper speaks with us about his upcoming national debut album entitled “Tha Classic” and how he is still keeping it real to the streets.

In the exclusive phone interview with Onlock Music/Grandstand Entertainment’s artist, Kingpin Skinny Pimp, the legendary rapper speaks with us about his upcoming national debut album entitled “Tha Classic” and how he is still keeping it real to the streets. He also talks about what it was like working with artists like Bone Crusher and Tom Skeemask on the new album and what fans can expect from him now that he’s preparing to go nationwide.

MemphisRap.com: I would just like to know whassup with the name Kingpin Skinny Pimp? What’s the story behind that?

Skinny Pimp: Uhh nothing.. I just got the name from my step daddy.

MemphisRap.com: You got the name from your step daddy?

MemphisRap.com: Well, first I guess a lot of people would like to know how
did you end up rolling with Onlock Records/Grandstand Entertainment?

Skinny Pimp: Uhhh… ok. How I got started?

Skinny Pimp: I met this dude named J.D. and he had a deal.. which is Grandstand. I did a partnership agreement with On Lock [J.D. Drummond], so I am an owner of On Lock. And we did a partnership with Grandstand, which the album is being distributed by Red Distribution the same people who distributed Project Pat, Gangsta Boo and Three 6 Mafia albums.

MemphisRap.com: Ok, so On Lock records is your record label?

MemphisRap.com: Many fans think that once Memphis underground artists travel away from their hometown, in your case, North Memphis?, that they lose the one thing that makes them hot, so what do you think about that? You think you gonna lose that Memphis underground sound.

Skinny Pimp: It’s gonna be the same stuff. So long as they pump it up on the radio. Everybody gonna like it anyway.

MemphisRap.com: Hopefully, after this interview that’ll help pump it up.

Skinny Pimp: Right, then it’s gonna be a good day.

MemphisRap.com: LOL… Well for Memphis, Kingpin Skinny Pimp is practically already an underground legend who we [MemphisRap.com] give credit for having a lot to do with the success of Memphis rap today. From the days of bumping on mix tapes with DJ Squeeky to Three Six Mafia’s Mystic Styles to your own release of King Of The Player’s Ball you really been putting in work. Are you nervous about bringing out Skinny Pimp nationwide?

Skinny Pimp: No I’m not nervous. Just can’t wait til the album comes out, just waiting to get this money, and get on this road. You know what I’m saying, cause it’s a lot of what we got to offer besides just Skinny Pimp that can be some nice product and good quality music.

MemphisRap.com: So, tell us about the new album, “Tha Classic.” What does “The Classic” represent?

Skinny Pimp: Ahh… I feel like everybody who got my albums, this is the one they need to get, because it is some real classic songs on there. The album cover speaks for itself, it’s Mafia, it’s Gangsta, it speaks for itself. It’s a classic. When they see it they gonna know.

Skinny Pimp: It was cool. It was tite. It was the same ol thang, ain’t nothing new to me. Only thing new was the money. You know what I mean? I don’t wanna discuss that, but you know. I’m not in it for just the money, but the money is got to be involved in it.

MemphisRap.com: Who are some of the artists featured on the album?

Skinny Pimp: Doing the junt with Bone Crusher was like I had a favor for a favor, with one of my partners who do tracks for Bone Crusher. He was just on the chorus and he worked out somthin’ with me. We got that rolling and had to get that cleared through Break Em Up Records.

Skinny Pimp: They can hear it real soon, you know what I’m saying. They need send yall some stuff. I know Mary,
she’s a real good Publicist.

MemphisRap.com: Can we expect a music video from the upcoming or the present single?

Skinny Pimp: Yeah! Hopefully, we will do a video. I am expecting one. I’m just being real, ya know what I mean, I’m out here in the streets.

MemphisRap.com: How do you feel about Memphis rap now and the direction rappers are taking it?

Skinny Pimp: I feel like Memphis rap is doing good. All the the young dudes they doing good. Like Yo Gotti nem, Three 6 Mafia still hogging the radio. I feel like everybody still doing aight.

Yeah! I know what I wanna say, “Punk a-s Nakia Shine needs to stop hating. Nakia Shine!! It’s a Drag Queen named Nakia Shine, he go around hating trying to jump in everybody meeting. He be trying to block me and Gotti nem from meeting, cause Rap Husltaz fell off and we started our own thang, and he be going round New York, round here hating and s--t. Know what I’m saying. He need to sit down and stop hating and try to get him a deal. Yeah, Nakia Shine, he a Drag Queen who use to work at the Mall of Memphis, make sho you put that in there.”

MemphisRap.com: LOL… Make sure? O.K … So, are you hip to the internet and what’s going on with the online music Industry?

Skinny Pimp: Talking about the playing of music and web sites and stuff? Yeah, I be on yall web site! I be checking out every web site on there. I’m a business man, I’m a real good business man. I do my thang too, but when I’m in the hood I do my thang too. When I’m sitting by a computer I’m doing my thing there too.

MemphisRap.com: What do you think about the digital music technology era?

Skinny Pimp: Digital music? Talking about in the studio, the type of equipment they have now?

MemphisRap.com: Yeah, you know it’s different from back in the day.

Skinny Pimp: Yeah I mess wit it, I’m not old to it. We on Pro Tools and all that, sometimes we even ride around with the laptop wit Pro Tools

Skinny Pimp: I believe yall real good, and yall been doing it. You know what I mean? I been checking out yall web site for a while, you know what I’m saying? I’m talking about back in the day, like more than a year ago.

I’m been checking out yall pictures. Yall need to put one of my fire pictures in there.

MemphisRap.com: LOL… you got to get the publicist to send us one. LOL…

Skinny Pimp: Ahh, yeah! Mary gonna hook it up. She doing her business.

MemphisRap.com: What can the fans expect from Kingpin Skinny Pimp now and in the future? Whatcha got coming up?

MemphisRap.com: Ahh, ok, so before this interview comes to an end, is there anything that you would like to tell our up and coming artists who are looking to get where you are in the Rap Music Industry?

Skinny Pimp: Stay down, you gon make it, stay dedicated, you know what I’m saying and don’t give up, just keep doing it. You know what I mean… watch out for all these wanna be partners and niggas who cheap, make sho you watch out for cheap a-s niggas! Watch out for them.

MemphisRap.com: Well I appreciate you taking the time to speak with us and I know the fans do as well. It’s been a real pleasure and I guess I’ll be seeing you as well as the fans at the release party when you celebrate the new release, “the Classic” with a few lucky fans also who will win the chance to meet you and hang out with us at the party as well.

Skinny Pimp: Yep but, hopefully when I see you at tha party, I’ll be doing better that day. And I’ll have another interview for you.

MemphisRap.com: LOL… yep, real soon! Is there anything you wanna say to the fans or whoever.

Skinny Pimp: Yep, keep supporting my album. I’m finna let my momma say the end part for me. Her name is Christine Hill.

Christine Hill (chanting): When I walk into the club they say, “Skiiiiinny”!

MemphisRap.com: Talk to you later.

Thanks to Lee Thomas, Mary Moore of So Much Communications and the whole On Lock/Grandstand Entertainment family.