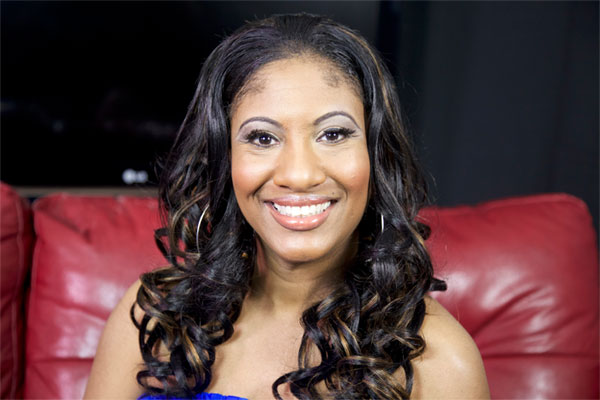 MemphisRap.com recently caught up with seasoned radio and television host and personality Tina Tilton (@tinatilton). Tina spoke with us about her new television network TTEN (@ttennetwork), which has launched some exciting new local programming in Memphis with new TV shows and has opened up doors for local Memphis producers looking to broadcast new TV shows and/or movies.

Being a well-experienced host herself of many popular radio and TV shows in Memphis as well as event shows including MemphisRap.com’s very own Urban Music Showcase and Memphis Hip Hop Expo, Ms. Tilton also talked about her work as well as the numerous media outlets she’s worked for including Q107.5, HOT 107.1 FM, WQOX 88.5 and others.

Ms. Tilton’s seasoned career also includes being a producer and founder of her own popular TV shows in Memphis including “Street Scenes” and popular urban music TV show “Video Waves,” which was the longest running show of its kind in Memphis, a title it may still hold today.

Check out the full interview with radio and television host, personality and founder of the new Memphis television network TTEN, Ms. Tina Tilton, below:

MemphisRap.com: Hey what’s up Tina, for those who don’t know you tell us a little bit about who Tina Tilton is?

Tina Tilton: Tina Tilton is a little woman with a big dream. I’ve always wanted to be on television since I was 9 years old.

MemphisRap.com: Are you from Memphis, TN?

Tina Tilton: Of course. South Memphis as a matter of fact. I went to Alton Elem, Longview Middle and graduated from South Side High School.

MemphisRap.com: How did the journey in television start for you?

Tina Tilton: When I was about 7 or 8 years old, I was in an Easter program at school. I auditioned for the lead role of the girl skipping along with her Easter basket…and I didn’t get it. I was however cast as a “flower.” I can recall going home crying because I wanted that lead role…but my mom consoled me and told me that being a flower was just as important. I felt better by her words, but I still craved for that main spotlight position. A year or so later, that’s when I knew I wanted to be on television.

MemphisRap.com: How did you get into TV broadcasting?

Tina Tilton: I graduated with a B.A. in Mass Communications from Lambuth University and, when I was a sophomore, I sat in the lobby of the dorm contemplating on what I would do with my life. Apparently, I had forgotten all about wanting to be on television. I called my mom and asked her and she said “Well you know you love the stage and you’ve always wanted to be on TV, so why don’t you major in TV Broadcasting.” Still not quite convinced I could do it, I sat in the lobby alone watching “Video Soul” with Donnie Simpson and Marie Carter, I saw them interview Snoop Dogg and the light bulb came on in my head. THIS IS IT! I’m going to be on TV interviewing “stars”. 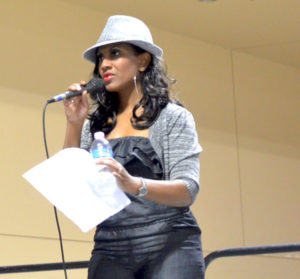 MemphisRap.com: We know it wasn’t easy, but did you ever consider leaving Memphis to pursue your dream in television?

Tina Tilton: Yes. Absolutely. I can recall the days when I would send toy microphones to MTV, VH1 & BET along with a resume’ telling them I was wanting to be a VJ (video jockey). I never heard anything back from them, but at least I was optimistic. I knew I would do it someday, somehow.

MemphisRap.com: Many know you from your radio days also, how did you get started in radio and was radio before television or vice versa?

Tina Tilton: No, actually television was first. After graduating college, I got my first job as an assistant at WMC-TV and as I shared my dream with almost everyone in the office, I ran across a lovely saleswoman who shared with me that her husband had started a production company and he was looking for a host. We met and we’ve been friends ever since 1996. I even have a key to their in-law wing of their house! Then he and I began filming “Video Waves” music TV show and not 6 months later, the PD of HOT 107 saw me on TV and offered me a part-time position. I eventually worked my way up from part-time to full-time.

MemphisRap.com: How many radio stations have your worked for?

MemphisRap.com: Tell us about your years with TBN?

Tina Tilton: I actually came to be the host of Joy In Our Town on the Trinity Broadcasting Network (TBN) in 2004 after I made a pop up visit to the studio to inquire about how I could get MC Hammer at my church. The GM saw me, heard my story and asked me to audition for a host role. I did and I was hand chosen by the founder’s wife. It was truly an honor.

MemphisRap.com: You’ve hosted quite a few shows, can you name them all?

Tina Tilton: OMG! Let me try. OK, there was “Video Waves,” “Da Radical Truth,” “Street Scenes,” “Joy in our Town,” and if there are more, I can’t think of them.

MemphisRap.com: So now you’re on this “TV Network Journey” T.T.E.N. Where did the desire to say “I want to own a TV network” come from?

Tina Tilton: Often times we have to step back and reflect on what do we really want out of life, especially when it appears that your “dream” isn’t working for you, so I decided to take a second career of teaching. While at school one day, the television bug hit me again and I was like “I want my own TV station.” So I began to look for stations that were for lease. I found a couple of interesting ones out of town, then I saw this local one. I had never heard of it before or seen it and as I called to inquire about it, it was owned by Flinn Broadcasting.. the company that I worked for while I was an employee for Q107.5 and HOT 107.1. The guys remembered me, we sat down and negotiated and, in March 2014, the station became mine.

MemphisRap.com: What does the abbreviation T.T.E.N stand for and what made you use the name?

Tina Tilton: T.T.E.N. stands for “Tina Tilton Entertainment Network” and why wouldn’t I use the name? Lol. On a serious note, my former pastor advised me many years ago to use my name to brand myself. It took me this long to “get it”, but I “got it” and I’m “using it”.

MemphisRap.com: Where do viewers find the new network?

Tina Tilton: The network is on channel 46.1. It’s a free over the air digital TV station that reaches 1 million households in TN, MS and AR. Just so you’ll know, you cannot have cable or satellite on to view this station, but you can have a converter box, rabbitt ears, or just simply a new digital TV that comes with it.

MemphisRap.com: What types of programs are you looking to air on the new network?

MemphisRap.com: When exactly did the network kick off and what types of shows are airing?

Tina Tilton: The network began Saturday, May 10, 2014 and we are currently airing some of the types of shows previously mentioned.

MemphisRap.com: We know that you are a television producer too, did you produce any of the shows airing on your network?

Tina Tilton: This is another “but of course” answer. We have many new shows slated to air on TTEN, but those that are currently airing that I produce are “Tina Tilton’s Top 10” and “That’s My Baby” hosted by comedian Stephon Smith.

MemphisRap.com: If a person or a business wants to advertise on the network (T.T.E.N.), how do they go about doing so?

Tina Tilton: They can contact us via website at www.ttennetwork.com, via phone 901-412-5128 or via any of the social networks. Just hit in @ttennetwork. Right now, we are currently filming TV commercials for local businesses for FREE, so you better reach out to us before the promotion ends.

MemphisRap.com: With the success of radio to producing television shows to now having your own television network, how does your family feel about your career? 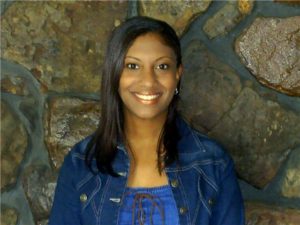 Tina Tilton: My family is elated and extremely proud of my success. They are very supportive with every show and every endeavor, especially my husband. I couldn’t ask for a better spouse.

MemphisRap.com: Speaking of family, we heard you have a “new addition” on the way. Can you tell us about that?

OMG! It’s true. After almost 8 years of marriage, we have a bun in the oven, that should be fully baked by the first of November 2014!

MemphisRap.com: Your husband is an upcoming music artist, how do the two of you balance it?

Tina Tilton: With the grace of God! He understands my schedule and career and I understand his. We respect each other’s space and calling. I probably have my mouth poked out more than he does because when I want him home, I want him home. But again, I’m very understanding and I just wait on him.

MemphisRap.com: Now touching back on the network, how do people contact the network if they want to get their show aired?

Tina Tilton: The same. By going to our website at www.ttennetwork.com, calling us at 901-412-5128 or visiting us on any of the social networks at @ttennetwork.

MemphisRap.com: Last, but not least, coming to the end of the interview, is there anything else you would like to share with the readers?

Tina Tilton: I thank you for the many years of supporting me with every television and radio show I’ve ever been on, now tune in to 46.1!

MemphisRap.com: Thanks for taking the time and doing this interview with us.

Tina Tilton: Thank you so much. Love you guys!