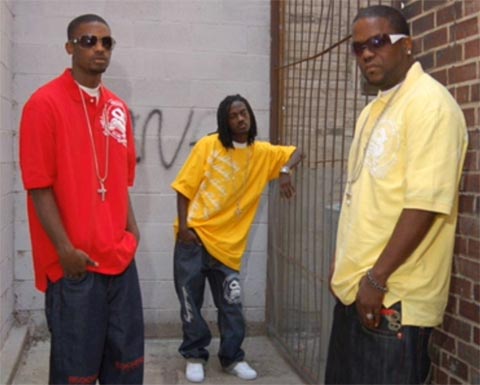 Memphisrap.com interviews artists in the Indie Spotlight, ChargePartnaz. ChargePartnaz have a hot single out entitled ‘Gimme my Money Maine’ off the ‘Talk of the Town’ mixtape on label Stockholdaz Entertainment.

MemphisRap: Tell us who ChargePartnaz is and what does the name mean?

Set: We caught a charge together being in the streets without snitchin and being loyal. So I just came up with us being the “ChargePartnaz”

MemphisRap: Aight. What part of Memphis are y’all from?

MemphisRap: Who did you all listen to coming up and who do you listen to today?

MemphisRap: You have a new album coming out entitled “Talk of the Town” right?

MemphisRap: How did you come up with the title?

ChargePartnaz: You know people were talking in the streets, word of mouth, its really self explanatory.

MemphisRap: I heard the single called “Gimme My Money Maine”, that junt is tite, so how’s it doing?

MemphisRap: Ok, dig dat. So, somebody must have owed y’all some money before? Is this how you came up with “Gimme My Money Maine” and if so did you get yo money?

ChargePartnaz: Set: “Yeah I got my money or it would have been some real problems”

But really its a phrase, whatever your hustle is .. . make sure you tell these folks to “GIMME MY MONEY MAINE” Ike Miles came up with the concept based on years of grindin in the streets and the industry owes StockHoldaz and Memphis money. We have been on our grind, and its our time to shine. Aint no need to talk, just cut us the check!

MemphisRap: Who produced that track?

MemphisRap: Is it off your upcoming album?

ChargePartnaz: Yeah it’ll be on the mixtape, and the album . . . coming soon.

ChargePartnaz: Yeah, Hydro showed us love. We didnt even know he was playing it until the phone calls starting coming in.

MemphisRap: Didn’t ya’ll appear on a show for a live interview also, if so, what was that like?

ChargePartnaz: Set: Yeah, we were on the air with Kojak @ HOT 107. It was cool, people were calling in asking questions. I knew we had fans, but not that many fans!

CP: It was cool, we enjoyed it.

MemphisRap: How would you describe your style?

ChargePartnaz: Set: Laid back, smooth, & straight to the point.

CP: Laid back flow, real lyrics, & its the truth.

MemphisRap: Who are some rappers who have influenced you both?

ChargePartnaz: Yeah StockHoldaz 4 Life, and thats the label were gonna stay on.

MemphisRap: One of you were shot during the weekend of the SEA at a party that StockHoldaz Ent. threw at Platinum Rose. Was this a random shooting or was it personal?

ChargePartnaz: CP: Random, it was just a shooting in the crowd & I got hit. Nothing personal.

MemphisRap: Is everything dealing with that shooting squashed or is there still legal action or any action being taken place for that shooting?

ChargePartnaz: CP: They got somebody locked up, but I dont believe in testifing so Im not going to court. To me, it’s over with . . . Im back walking, Im not paralyzed, it’s a good day!

MemphisRap: Dig dat. So, can you give us an overview of what to expect from the ChargePartnaz in the future?

ChargePartnaz: We just take one day at a time. Keep grindin & making music!

MemphisRap: MemphisRap.com thanks you for taking the time out to do this interview with us. We’re looking forward to catching up with you again. Are there any last words?

ChargePartnaz: CP: Appreciate the love yall showin . . . “thank you” for everyone who prayed for me while I was in the hospital.