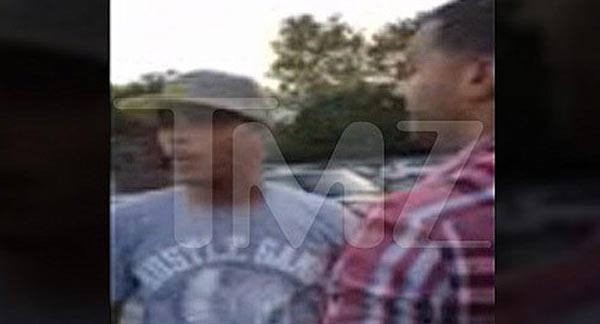 Real Housewives Of Atlanta star Apollo Nida, husband of RHOA’s Phaedra Parks, found himself in a confrontation with rapper T.I. after comparing his wire and bank fraud case situation to T.I.’s former case.

After being put on blast by celebrity gossip site TMZ as copping a plea with the Feds by becoming an informant, Nida thought it would be a good idea to tweet that what he did was similar to what T.I. and Michael Vick did in their cases.

Following his tweet on Twitter, which basically referred to T.I. as an informant aka a ‘snitch,’ Apollo Nida was confronted by rapper T.I. himself as well as Killer Mike.

The confrontation, which was captured on video, shows T.I. standing in a parking lot demanding that the reality star fix his mistake of giving his fans and the public the impression that T.I. was an informant.

You can hear T.I. and Killer Mike explaining to Nida that neither one of them knows about each other’s case.

Following the conversation, Nida can be seen on his phone presumably trying to fix his mess-up which T.I. was encouraging him to do.

Watch the confrontation with T.I. and Apollo Nida regarding his comments about the rapper.