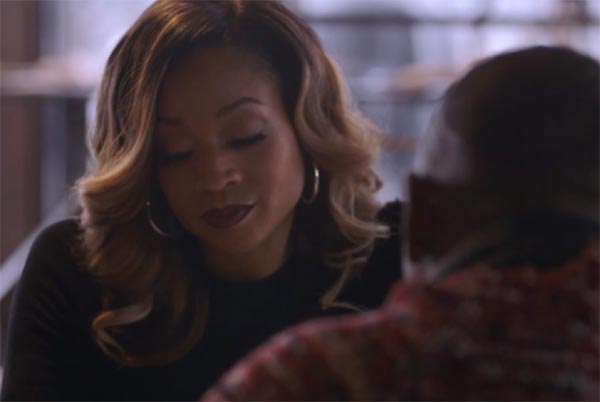 Love & Hip Hop Atlanta season 3 has kicked off on VH1 and is now up to episode 2 where Mimi Faust’s sex tape with her boyfriend Nikko has leaked.

On episode 2, Mimi learns that the tape of her and her new man Nikko, supposedly made for their personal enjoyment, has somehow gotten in the hands of mature entertainment giant Vivid.

It wasn’t long before her leaked photos and news of it made its way onto her ex and baby father Stevie J’s laptop.

It was now time to deal with the backlash of her tape with Nikko by sitting down at a meeting with Stevie J.

At the meeting, Mimi Faust started off cracking a few jokes at him which began to make Stevie J angry because according to him, there’s nothing funny about the situation when it comes to his daughter.

Along with Mimi Faust’s tape leak, episode 2 includes moments when Lil Scrappy tries to deal with the ladies in his life which include his baby mother Erica Dixon, the new lady in his life, rapper Bambi and his diva mother Momma Dee.

Drama also stirs up with Kirk attempting to secretly perform a home DNA test on the latest to he and Rasheeda’s family, Lil Karter, to determine if he’s the father or not of the child.

Meanwhile, Karlie Redd tries to lay down rules for her new man, Yung Joc, and more in episode 2 of Love & Hip Hop Atlanta.

If you missed it, check out the full second episode of Love & Hip Hop Atlanta season 3 below.