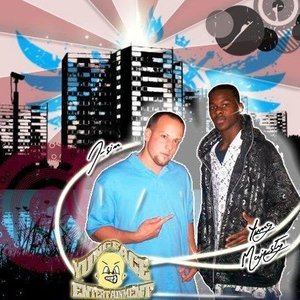 Majesty: He’s young, determined, and ready for whatever! Just signed to Yungface under Memphis’s own Jsin…He is the new face of the company and grabbing the bull by the horns! Here is some info on him and his music.

Formally known as Yung Kaino, Yung Majesty has been pursuing music for about 4 years now. At a young age Yung Majesty began to chase his dream of becoming a successful rap artist/musician. Yung Majesty was one of many artist not exposed to hip hop’s public eye because of the fact that he was never a “off the head” type of rapper. At times he was discouraged because of his lack of freestyle ability. At the age of fourteen years old Majesty begin to study the greats such as 2pac, Biggie, and a variety of other experienced rappers who had sold millions and millions of records. He not only studied their lyrical ability, but the way they carried themselves in the public eye, and basically every aspect that would help him better himself as a young musician. Most artist would agree that life as an unsigned rapper with major potential isn’t easy. Majesty says” At times, you have to be willing to accept constructive criticism as well as negative, but at the same time nothing should come between you and the goal you are trying to reach.” Yung Majesty, who was born Brandon Bowen has always strived for excellence along with carrying on a positive midset. Never accepting any handouts, Majesty has always given 100% in whatever he’s done or what he’s tried to do. Yung Majesty has always kept a Entrepreneur’s mindset. His mind has always consisted of various things as in being in business for himself. Flanked by CEO of Yung Face Ent.(J-Sin), Yung Majetsy has increased his lyrical ability as well as his delivery. Yung Majesty is now known as another Memphis rapper, who has very high potential. His intentions are to become one of the next big things out of Memphis. People question the name Yung Majesty. Well Yung Majesty’s biological name is Brandon Bowen. The word Brandon comes from the Latin origin of the word royal. Royal means”of high standards”. When you think of High Standards you think of kings and Queens, and from there you think to say, Your Majesty, so the name Yung Majesty just stuck. With his debut album ”Play Time’s Over” being released in 2007. Yung Majesty is on his way to becoming Hip Hop’s newest thing!

Check him out at: http://www.myspace.com/majestymuzik