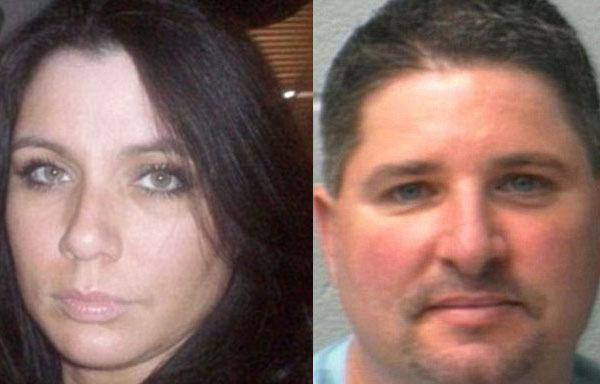 In a horrifying tale of murder and technology, a terrified teen witnessed his friends mother being stabbed 43 times to her to death during an iPad video chat with her.

Christopher Piantedosi, 39, is accused of stabbing girlfriend Kristen Pulisciano, 34, at least 34 times right in front of her 15-year-old daughter.

The whole incident, which occurred at Pulisciano’s Burlington, MA home, was witnessed by the daughter’s teen friend whom she was chatting with on her iPad in her bedroom.

Allegedly, during the video chat, the daughter overheard her parents arguing in the kitchen, told her friend she’d be right back, then ran into the kitchen.

The daughter witnessed Piantedosi grabbing a knife, chasing her mother into the bedroom, then stabbing her with the butcher knife, all the while the murder being witnessed as well by the eyes of the friend on video chat.

The daughter was yelling “no, no” while the mother stabbed allegedly said “Chris, please stop. I love you.”

The daughter then, along with a 20 year old son both fled the house screaming that their mother had been killed.

Piantedosi, who allegedly fled the scene, turned himself in later after a warrant considered him to be armed and dangerous was issued.

Piantedosi was allegedly found lying in the grass outside of the Weston State Police building.

Police found Piantedosi’s car with two notes, with one reading:

‘Unarmed. Just have to sleep.’ Another said: ‘I put knife on table. Continued talking. She grabbed again. I grabbed a bigger one. Went at it in front of daughter. No, no, no, no.’

This was not Piantedosi’s first run-in with police, Piantedosi was once dubbed the ‘remorseful robber’ after he stole from a woman at a grocery store and later showed up at the woman’s door to return her cash and a GPS along with a note saying ‘I’m sorry’ and signed ‘stupid.’